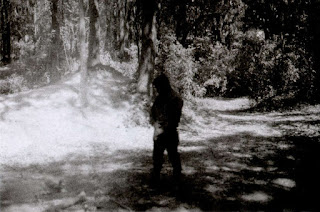 1.For those that have never heard of you before, can you tell us a little bit about the musical project?
1. Wrapped In Pale is an atmospheric black metal band from Florida. We started in late 2014 and played some shows around Central Florida before stripping down to a one-man project in mid-2017.

2.So far you have released a demo and an ep, how would you describe the musical sound that is presented on both of the recordings and also how do they differ from each other?
2. I think that the demo and the EP both have similar musical themes and ideas, but that the EP is a more fully realized version of the ideas presented in the demo. To me, the demo is simpler and more purely depressive, due to the vocal style. Because of a change of vocalists in between the two releases and some more complicated songwriting, the EP has more going on musically, and to me, is more interesting from a songwriting standpoint.

3.What are some of the lyrical topics and subjects you explore with your music?
3. The themes that come up the most in Wrapped in Pale's lyrics are revenge and depression. The two intertwine a fair bit - revenge because of depression.

4.One of your tracks deals with the 'Kabbalah', do you have an interest in Occultism?

4. I definitely have an interest in occultism. That song uses the idea of an eternal, unseen mysticism dashing away the dregs of the human race, especially those have committed the worst kinds of atrocities.

5.What is the meaning and inspiration behind the name 'Wrapped In Pale'?
. The name Wrapped in Pale has kind of a two-fold meaning, both having to do with death. It refers to the fact that once people die, their blood often leaves their faces and they are left looking pale. It also has to do with the practice of wrapping bodies in funeral shrouds after death. So, one could think of it as being "wrapped in the paleness of death" both literally through the shroud and figuratively through the paleness one's body achieves shortly after death.

6. Wrapped in Pale has been a one-man project for a short while; however I have always been the one that has written all of the music. For this EP I did have friends working sort of as "session musicians" for drums and vocals, mostly due to the unexpected way that we were kind of forced into being a one-man project. Being a one-man project certainly has its benefits in that you don't have to wait for anyone else to get anything done, but I would always be open to working with other musicians, especially drummers. For now though, the core of Wrapped in Pale remains only me

7.Currently you are unsigned, are you looking for a label or have received any interest?
7. Actually, Depressive Illusions Records from Ukraine is doing a small release of the EP on tape and CD-R. We are currently working with them - they have been super cool and great to work with, and the tapes and CD-Rs they've made look great

8. I think that we are still a relatively unknown band, but even so I've received great feedback from all over the world. We've been shared and reviewed on sites from Europe to South America, so I am very happy with the reception that the record has gotten. This feedback from far away has been very important considering that we are not in a position to play live right now, so this is the only way that I know that people appreciate the music.

9.Where do you see the band heading into musically during the future?
9. I'd like to continue along the musical direction that Wrapped in Pale has been heading in. I think that we can keep our atmospheric sound while also adding interesting parts that one might not expect in a black metal band. I have songs written that I believe explore these ideas - I just have to find a drummer to play them with.

10.What are some of the bands or musical styles that have had an influence on your music and also what are you listening to nowadays?
10. The bands that have had the most influence on Wrapped in Pale are definitely Ukrainian bands like Hate Forest, Drudkh, and Astrofaes. Those bands changed my entire perspective on black metal when I first heard them years ago. I don't think that anything can top that Ukrainian style of black metal. Besides them, DSBM bands like Totalselfhatred and Make a Change... Kill Yourself have also had a huge influence on Wrapped in Pale. Lately, I have been listening to a lot of Black Twilight Circle bands like Kallathon, Volahn, and Blue Hummingbird on the Left. I think that those bands are doing great things with black metal right now. Outside of black metal, I've also been listening to a lot of Combat Wounded Veteran, and have been on a Godflesh kick as well. Always one of my favorite bands.

11. Outside of music, I am extremely interested in history, literature, and poetry. I spend most of my time reading books, and was a student of history at university. There are a couple of my published poems floating around out there as well. I'm also very into video games.

12. I'd just like to thank you for expressing interest in the record and doing this interview. I'd also like to thank Depressive Illusions Records for working with me and doing tapes and CD-Rs of the EP.

Posted by OccultBlackMetal at 11:24 AM