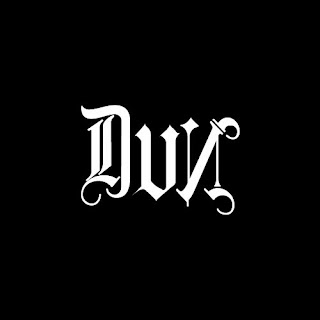 DUN is a one-man project that took shape during 2013 in France. Although it's often considered as a Melodic Black Metal project, I don't see myself linked to this particular style. I personally call it Black Art.

2.So far you have released 2 albums how would you describe the musical sound that is presented on both of the recordings and also how do they differ from each other?

This is quite a raw production on both albums, made with what was at hand at the time, without any knowledge of music recording, mixing, etc... It was something that needed to come out quick and raw, emotions that just can't stay within I guess. I think that both albums are really close to each other in terms of sound, maybe the second one is a bit clearer, I don't know, I don't really care.

The first album is talking about personal visions of the world I'm living in, and the dark feelings related to it. These feelings were expressed though metaphorical poems, maybe because of a shame I felt by exposing myself to others.
The second album is dealing with personal childhood difficulties such as suicide experimentations, hatred, despair, and most importantly how I escaped all of this.
Broadly speaking, DUN is meant to express my personal experience of life.

4.I know that the bands name means 'fortress in ancient Celtic civilizations, can you tell us a little bit more about your interest in this topic?

The fortress is a metaphorical concept for resistance. There's something that recursively comes out of the lyrics : "les murailles du cœur", which means "fortress of the heart". In fact, I have to protect myself against a world I'm afraid of, I set a mental bulwark between me and the others. This is my only way to face life. This is what saved me from death, mostly. This is what DUN is all about.

5.On the albums you record everything by yourself, are you open to working with other musicians or do you prefer to work solo?

DUN is a truly, deeply personal project. There's no way I can share it with other musicians.

6.On the first album you had done a 'Renaud' cover, what was the decision behind doing your own version of one of their songs?

This song is touching me straight to the heart. In my opinion it totally fits the album's concept, but in its very own way...

7.So far you have worked with 'Wolfspell Records' and 'Heathen Tribes', are you happy with the support both labels have given you so far?

I am thankful to these labels for having physically released my music, but otherwise, I don't care about how it's being sold, nor how it's being received by the Black Metal "scene". This is absolutely not the point of this project.-

8.On a worldwide level how has the feedback been to your music by fans
of black metal?

Some people liked it, some people didn't. Once again that's not the point, I don't care about it.

Writing music is a process I don't plan to do. It comes whenever life decides to. There's something I'm sure of : I don't want to make money with my music. I guess I will continue to do music the same way I do it today, with the heart.

I'm open to a large range of music styles, but Black Metal is obviously the one that is always on top among everything. I'm not even sure where the influences are coming from, I can't tell a specific name. However, some bands have had a strong impact on me these last years, such as SALE FREUX, early NARGAROTH, SADNESS, etc...

Posted by OccultBlackMetal at 6:17 PM