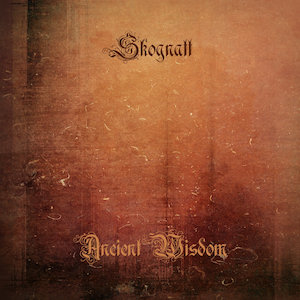 Atmospheric  and  ambient  sounding  synths  start  off  the  ep  along  with  some  acoustic  guitars  a  few  seconds  later  which  also  leads  to  a  heavier  and  melodic  direction  that  also  introduces  grim  black  metal  screams  onto  the recording  as  well  as  mixing  the  synths  in  with  the  heavier  sections  of  the  music.

Skognatt  creates  another  recording  that  remains  true  to  the  atmospheric  style  of  black  metal  from  their  previous  release  while  also  adding  in  more  acoustic  guitars  this  time  around,  the  production  sounds  very  powerful  for  being  a  self  released  recording  while  the  lyrics  cover  esoteric  and  metaphysical  themes.

https://skognatt.bandcamp.com/album/ancient-wisdom
Posted by OccultBlackMetal at 4:35 PM