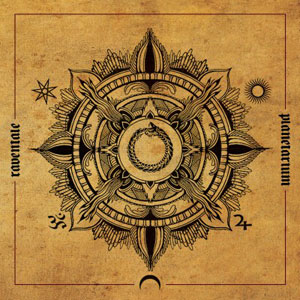 Ukraine's  solo  project  Raventale  has returned  with  a  new  recording  which  continues  the  atmospheric  blackened  metal  style  of  previous  releases  and  this  is  a  review  of  his  2017  album  "Planetarium"  which  will  be  released  in  October  by  Ashen  Dominion.

Raventale  creates  another  recording  that  remains  true  to  the  atmospheric  style  of  blackened  metal  that  was  established  on  previous  releases,  the  production  sounds  very  professional  while  the  lyrics  cover  new  order  and  new  chaos  themes  along  with  some  astrological  and  metaphysical  touches.

https://soundcloud.com/user-278918727/raventale-new-world-planetarium-single
Posted by OccultBlackMetal at 6:05 PM