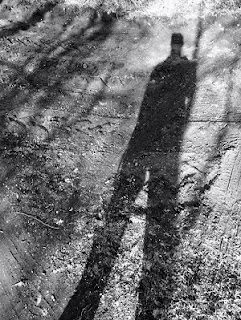 Myrholt is simply a continuation of stuff I've been doing off and on since around 92'. It's rooted in the early so called second wave of black metal. It all began when I was 14 years old and Darkthrone released the milestone album called ''A Blaze in the Northern Sky''. From that moment on I was possessed. I was introduced to Burzum around the same time by my stepbrother. The insanity of it all just amazed me. I guess Myrholt reflects that.

I aimed for an organic and honest sound and I believe it has that coldness that I find essential in Black Metal. I guess it sounds the way I want Black Metal to sound.

3.What are some of the lyrical topics and subjects you explore with the music?

The lyrics are very personal. They mostly deal with the search for a better life and a better way to live it. There are many references to ancient scandinavian lifecodes and I guess one could suggest it romanticizes being self-sufficient in both mind and material. You kids should focus a little less on Playstation and a little more on nature.

4.The musical project has been around on and off since 1992, has there also been music recorded and released in the other versions of the project?

Yes indeed. Some of the early material was spread through tapetrading back in the days. I won't suggest that any of the first recordings sounded even slightly good but it was hinting at something decent I believe. I used several names during those first years. Deceased, Tyrant, Eternal Eclipse, Acron and Celestial Evil was among the first ones. I was so young then. There were new ideas every day. I even flirted with Tlohrym, which is Myrholt spelled backwards. So I guess one could say it has come full circle now. I did several recording sessions that was never distributed under the ''I Was Flesh Once'' banner. Slightly inspired by Clive Barker on that one. I even planned and recorded an album with that tag but changed the name of the project in the last minute to Tremor. The Tremor album was released in 2007 I think. I also did an EP under the Tremor banner called ''The Lipsynced with Satan EP''. The Myrholt album ''The Poe Sessions'' was originally the swansong release of Tremor. It was released in 2011 with a slightly different tracklist. The rest of the songs on that album will be released as an EP in 2018, rerecorded along with some cover tracks. It will be called ''Moerketid''.

5.You have had plenty of name changes over the years, can you tell us a little bit more about the name changes and also the meaning and inspiration behind the name 'Myrholt'?

The namechanges was a result of an overactive creativity I think. One thought just cloaked the other. Myrholt is my family name and it is also the name of the farm where my grandfather grew up. Since it is my surname I guess it reflects the fact that this a one man band and that these are all my thoughts and that it reflects my life.

I always create. I have so much material that has never been released. I had some years where I was occupied playing in different bands and collaborating with different people in different subgenres of metal. This, I think resulted in me not being focused on my own stuff. I wrote and recorded regularly but never found the time to promote it.

7.All of the music is recorded by yourself, are you open to working with other musicians or do you prefer to work solo?

I have worked and still work with other musicians even though I've become somewhat eccentric when it comes to both writing and recording music. I'd rather do everything myself these days.

On the creative side I wrote the lyrics and sang in bands like Archon and Enslavement of Beauty and I've done drums for bands like Diabolical Breed and Gaia Epicus. The latter also kept me occupied traveling and gigging for some years.

I'm happily unsigned as of now. There's been some offers concerning physical releases. There will be a limited tape release in January of ''Med Samme Naal, Under Samme Maane'' on the Norwegian label Snake Oil Kassettforlag. More will follow but nothing I can reveal at this point.

The feedback so far has been very good. I started releasing as Myrholt in February so this ''project'' is less than a year old as a brand. This album is the first one I put a little effort in promoting.

10.What is going on with some of the other bands or musical projects that you are a part of these days?

Well. Enslavement of Beauty is permanently put to sleep so I have been working on a spin off project called OAMP or the Ole Alexander Myrholt Project. We participated on a metal tribute to the Swedish pop band Roxette earlier this year. I'm working on some stuff these days and there will be a couple of singles I think and then an album sometime in 2018.

There's some new stuff going on with my death metal band Those Left Behind. We just released a split tape with another Norwegian death metal act called Faustian Dripfeed. Some copies left for those interested.

I'm also occupied working with lyrics and vocals on the debut of a band called The Flame Within with Lasse from the Norwegian prog metal band Oceans of Time.

Baard Kolstad of Borknagar etc plays drums on that one.

The first single will be released next year.

I guess I'll continue living a quiet life in the outskirts of the city, writing, participating, recording and releasing different forms of music.

I grew up listening to AC/DC, W.A.S.P and such and continued the path via Metallica etc, through death metal and then came Norwegian Black Metal. The bands that influenced the stuff I do in Myrholt would be, among others, Burzum, Darkthrone, Gehenna and to some extent early Ulver.

I just wrapped up my 2017 Spotify year and it seems Wardruna, Nettlecarrier, Djevel, Burzum and Napalm Death was my most played bands.

13.Does Paganism play any role in your music?

Not paganism essentially. But I guess several religious institutions would easily label my thoughts as pagan. I simply glorify a way of thinking that was primary prior to christendom in Norway.

Strive to be self-sufficient and rebel against organized religion. Live, love and create.​

Posted by OccultBlackMetal at 8:23 PM