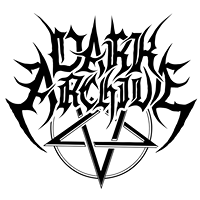 -We Formed this band in summer 2016. At the Beginning we had a purpose to bring something fresh in the todays black metal scene. We had found more members and recorder one EP, but it didn’t work and those members had to leave for personal reasons.

At summer 2017 we decided with Niko to start doing what it all was about at start. To create dark, devastating black metal with no apologies. Full speed and fast sawing  guitar riffs. Off course the satanism is involved highly in our band because that influences much in lyrics for example. So now we currently are two members:

We stand before Dark Archive with our real names and real faces. We believe in what we are doing

-I have been listening black metal since 1994. In the 90’s there were my big favorites what i listened when i was teenager. Albums from those days have a lot of influence in our music. Maybe the most important band active since then have been Dark Funeral and Emperor. Our sounds and riff styles from those band are easily heard in our music

3.Your lyrics cover a lot of Satanism and Occultism topics, can you tell us a little bit more about your interest in the dark arts?

-We both share the same love for satanism. We think quite different about it still. I have been in dark arts since -96 i think? And i am the radical man in our band who supports also the violent ways to do things. I still admire those church burnings what created the wow factor back in the days, when those things happened in Norway and some in Finland also at those times.

I do rituals, prayers, i live for Lucifer, i see light there where others see darkness. All my religious life is based on satanism and occultism. I read a lot dark literature. I will not go too far about this because this is a very personal thing for my elf. But yeah, our difference with Niko is about radicalism. I am the one who thinks Satan will conquer the earth. Niko’s aspects are more individualistic, self-improvement, philosophical stuff.

4.What is the meaning and inspiration behind the name 'Dark Archive'?

Dark Archive is two things. First it refers to those many kilometers long bookshelf’s hidden under Vatican city. Hidden archives that is not visible for public. The censor Church tells us about the writings and books that fit for their purposes.

Second it is a big respect for those early scene bands, So that is why the name has Dark in the front. No need to list those bands what i mean.

It's also a metaphor for all the mystery and aspects how dark arts are something people don’t understand in our existence.

5.Currently there are only 2 members in the band, are you open to expanding the line up or do you prefer to remain a duo?

Yes, we are going to expand as a full line up piece by piece. At now we have a drummer searching going next release must be done with real drums for labels etc. Also we both want to spread the darkness on stages. We want to see how far this will carry us!

6.The ep was released on 'Inverse Records', how did you get in contact with this label?

-One very very good person (better not to mention names without promise) told Joni at Inverse Records about out plan to do a full EP of the songs and hit the Spotify etc. So Joni Contacted and offered he would be willing to do that. He is great person and has been big help for us in these hard early days.

-That is something what has been a bit unexpected for us. We haven’t had not even one negative feedback. Band has spread all over the world and we have had reviews like 10/10, 5/5, we have been compared to Dimmu Borgir, Dark Funeral, Marduk etc, songs are playing in radio channels etc.

For me Black metal is two things. It’s very great music and its about satanic approach to life. Hope the days are over when bands couldn’t sound good, i mean the recordingwise. This is black metal! How do we conquer the world with our message of Lucifer if the music doesn’t fit for todays listeners ears. We are living now inquisition days in Black metal.

8.Are any of the band members currently involved or have been involved with any other bands or musical projects?

-Yes i play also bass and do some composing in William Blackswan (A horror core band), been playing guitar for ex in Murdershock which is now sadly dead. I have been playing over 20 year of guitar so Dark Archive is a many ways a spiritual child for both of us with Niko. What is important for me, i can do stuff that requires a lot from a guitar player and that’s nice. Also Niko has been practicing his BM screams a lot and now i can tell there are only few vocalists in the world who have the same skills and dynamic range from growls to screams that Niko has.

Niko is also vocalist and lyric writer in project Progeny of Sun.

9.When can we expect a full length and also where do you see the band heading into musically during the future?

-Dark Archive now bow to anyone, won’t make any compromises. Will will stay fast, brutal, dark and we are just going to create even better material for full length. It will be come out this year. Yesterday i started to record new material. And what seems also sure, is that next release will have real drums. We have been in touch with killer pro players who can play Dark Archive songs as they should be played!

-I mostly listen classical music. It’s beautiful music and it inspires me a lot. And gives time to breathe. If you listen 240pbm blast beat 10 hours per day that will kill you. I think as a songwriter i can’t never have too much influences for composing music

On the BM scene i listen very much Naglfar at these days, also Havukruunu, Mgla, Dark Funeral, Marduk, Ragnarok. These i have now been listening a lot. I love and respect hundreds of BM bands, but these are the latest. Just to get the mood and influences to create the new material

Niko have been mostly listening Naglfar and Marduk lately. But he also listens a big variety of BM bands.

His out of the box relaxing happens thru 50's and 60's swing.

-Family and nature and astral traveling for myself, for Niko it’s the same

-Darkness is beautiful, that is Dark Archives message to the world


Posted by OccultBlackMetal at 9:01 PM