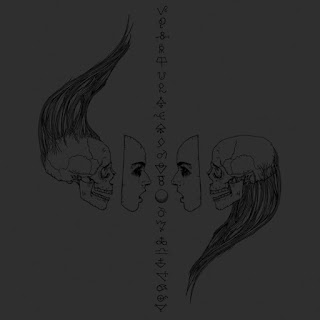 Pale Chalice are a band from San Francisco that plays a very raw and brutal form of black metal and this is a review of their 2011 album "Afflicting The Dichotomy Of Afflicted Creation" which was released by Fenser Records.

Drums range from slow, mid paced to fast drumming with a lot of blast beats, while the bass playing has a very dark tone with riffs that follow the riffing that is coming out of the guitars.

Rhythm guitars range from slow, mid paced to fast black metal riffs that have somewhat of a depressive tone at times as well as somewhat of an ambient edge, and there are little to no guitar solos or leads present on the recording.

Vocals are mostly very high pitched black metal screams, while the lyrics cover dark themes, as for the production it has a very heavy and raw feel to it.

http://www.myspace.com/palechalice
Posted by OccultBlackMetal at 6:12 PM