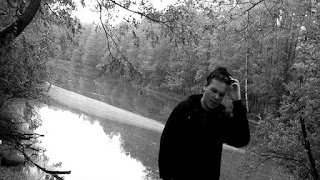 1.For those that have never heard of you before, can you tell us a little bit about the musical project?
1. Existenz Dizaster is my solo project, which is in process of develoment, I experiment and specialize mostly in post-rock, post-black, ambient, shoegaze styles. All records and the subsequent processing I produce in my home studio and with some time  I will  try to improve the quality of sound. Each subsequent album will have its own concept and theme.


2.In December you had released an album, how would you describe the musical sound that is presented on the recording?
2.  The album "Dekadenz» was released on 07/07/17 to the network. Then I signed the contract for cooperation with Vacula Prod. After that in December the album was released on Vacula Production. I experiment a lot with sound and   different styles, trying to create my own non-trivial sound in order to have my own individual identity and authenticity among many other projects specializing in similar genres. And also I add avant-garde motives to my arrangements in order to have my progressive core. And this is not only because I want to stand out among the rest, but simply because I am  interested  in such  kind of mixing of musical styles that enriches my music andI feel comfortable in this way. I like to add all the components to the main skeleton of my compositions and make their sound more rich and interesting , each composition is unique. I can describe the sound of Existenz Dizaster something like deep atmospherical, spatial, penetrating, ghostly, melancholic, spiritual, sometimes cold and in some moments oppressive world. Through this  sound, I  can transmit colorful and at the same time gloomy  and dark images and pictures

3.What are some of the lyrical topics and subjects you explore with your music?
3.In the music of Existenz Dizaster, I strive to explore the dark aesthetics of being and the mysterious nature, as well as the desperation of existence in the meaningless realities of gray being.

4.What is the meaning and inspiration behind the name 'Existenz Dizaster'?
4.The meaning of the name of my project shows detrimental effect to existence and in consequence forms the alienation from modern being. My inspiration was caused while I was studying some works of German philosophers.

5.On the album you record everything by yourself, are you open to working with other musicians or do you prefer to remain solo?
5. I am open to work with other musical projects. (as it was in the case of North Black) . But the project Existenz Disaster will forever remain as one - man project band.

6.You have also done some session work on the 2018 'North Black' album, can you tell us a little bit more about your contributions to the recording?
6.We are friends with North Black and he invited me as a session vocalist to work together on his new album "Martyr". My contribution to "Martyr"  was in  recording vocals, as well as mixing and mastering the album.

7.On the album you had also done a 'Alcest' cover, what was the decision behind doing your own version of one of their songs?
7. In "Dekadenz" there is no cover on Alcest, but there is my own version for the track Les Discrets - "Apres L'Ombre". I decided to do my own version of "Apres L'Ombre" because its sound and atmosphere suits into my album "Dekadenz “ and the motive of this track is very lyric and it harmonized with my own songs I have recorded.  The own version for the song of Alcest "Apres L'Ombre"   - was recorded separately after the release of "Dekadenz". In some period of my life I was long time inspired by the band Alcest. On the first winter’s day it inspired me to record my instrumental version on "Sur l'Ocean Couleur de Fer".

8.On a worldwide level how has the feedback been to your music by fans of black metal?
8. If you consider my music among fans of Black metal genre, so they loved it and were very interested in it.

9.Where do you see yourself heading into as a musician in the future?
9. In the future, I plan to create a common project with North Black where we will play grim and raw black metal. Also for Existenz Dizaster I have many ideas and concepts for the next full-length albums.

10.What are some of the bands or musical styles that have had an influence on your music and also what are you listening to nowadays?
10. I listen to a lot of Black Metal and Post-Rock artists, but the writing of "Dekadenz" was influenced by the period when I listened to Alcest, Les Discrets, Netra, North Black. These artists impressed me much and had directly contributed to my inspiration during recording of "Dekadenz". In my present time I listen a lot to the artists of DSBM, Darkwave and Ambient music.

11.What are some of your non musical interests?
11. At this time, I'm very much interested in practical veterinary medicine because I spend a lot of time with my pet. In my present time I have no one hobby which was not related to music so now I completely give myself to the music and for the recordings of the next album. I can only say that before my musical activity, one of my hobbies was game-design and I was keen on developing a horror game, and also for myself was engaged in photographing landscapes and video editing on an amateur level.

12.Before we wrap up this interview, do you have any final words or thoughts?
12. I express my gratitude to my listeners and for the label Vacula Prod. for promotion and special thanks to Occult Black Metal Zine for their interest on my project.  So best greetings to everyone!

Posted by OccultBlackMetal at 6:30 PM