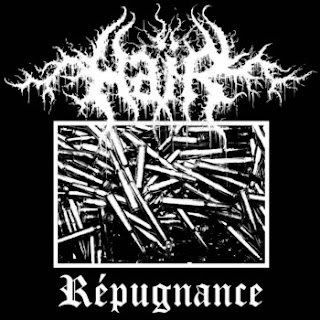 On  this  recording  Haïr goes  into  a  even  more  raw  black  metal  direction  than  the previous  release  while  the  last  track  still  brings  in  more  of  a  depressive  style,  the  production  sounds  very  dark  and  raw  while  the  lyrics  are  written  in  French  and  cover  hateful  themes.

https://noirtotalproductions.bandcamp.com/album/r-pugnance
Posted by OccultBlackMetal at 8:58 PM