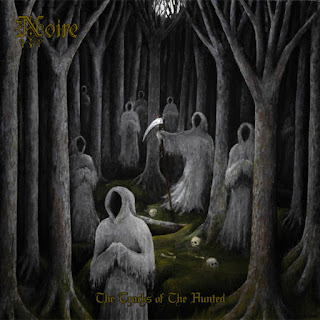 Noire  plays  a  musical  style  that  is  mostly  rooted  in  neo  folk  while  also  mixing  in  some  ambient  and  atmospheric  black  metal  elements  to  create  a  diverse  recording,  the  production  sounds  very  professional  for  being  a  self  released  recording  while  the  lyrics  cover  death,  darkness  and  sorrow  themes.

https://noiredarkmetal.bandcamp.com/album/the-tracks-of-the-hunted
Posted by OccultBlackMetal at 2:04 PM