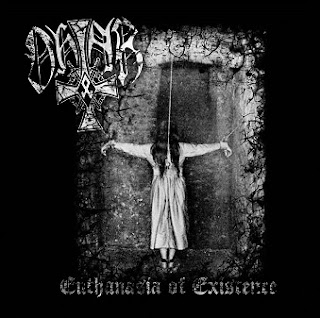 Ohtar  plays  a  style  of  national  socialist  black  metal  that  is very  different  from  most  bands  of  the  genre  and  also  mixes  in  some  modern  atmospheric  and  depressive  elements  which  also  makes  their  music  stand  out  a  lot  more,  the  production  sounds  very  professional  while  the  lyrics  cover  national  socialism,  war,  death,  hatred  and  suicide  themes.

https://deathrunerecords.bandcamp.com/album/ohtar-euthanasia-of-existence
Posted by OccultBlackMetal at 10:33 PM