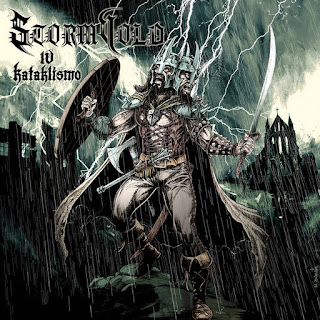 Stormvold  creates  another  recording  that  remains  true  to  the  bestial  and  war  orientated  form  of  black/death  metal  of  previous  released,  the  production  sounds  very  raw  yet  heavy  at  the  same  time  while  the  lyrics  are  written  in  Spanish  and  cover darkness,  chaos  and  war  themes.

Listen full album here:
http://xtreemmusic.bandcamp.com
Posted by OccultBlackMetal at 1:28 AM