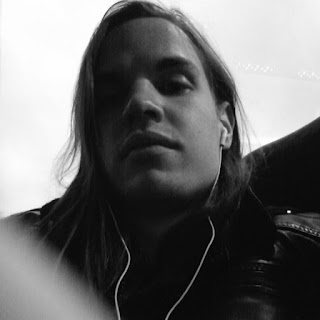 1. For those that have never heard of you before, can you tell us a little bit about the musical project?
My name is Lars Müller-Bohn and I’m playing for Tzaak. The project started a year ago when I recorded a riff which eventually turned in to the song Livet & Døden (Life & Death). The music had a much different style then my previous release called “Out of Hands” (which was a Death Metal album). As soon as the song Livet & Døden was finished, I decided to make more songs which had a similar style. Eventually I made the decision to release it under a different project name which later became Tzaak. However since I was unhappy with the mixing of the songs I dropped the project for a while. A Few months later I had a school task to compose a song. So I just recorded new riffs to a song which later became My Masterpiece. In that time I also made 3 other songs with the same guitar setting. The thought of making it to an album came through and it later became Gjemt Ondskap.

2. Recently you have released your first album, how would you describe the musical sound that is presented on the recording?
There has not been any grand plan of how or what the album should sound like. I wanted the guitars to sound like a mix between the tiny amp distortion and the more clean sounding distortion so you can have the black metal feeling and hear the notes that are being played. I did not spend much time choosing what synth I should use. I wanted one synth pad to play more in the background on key phases and the other two synths to switch between lead and background.
Overall my purpose in the end was to make it sound reverbish but not so much that you can’t hear what is being played by various instruments.

3. What are some of the lyrical topics and subjects you explore with your music?

The lyrics on this album are inspired by political issues. It does not call names or labels directly since it is written in a different context.

My Masterpiece is written by the point of view by a tyrannical government that indoctrinates a population to a collectivist ideology. All the values and opinions that the people think they have are actually designed by what the government wants them to think. The people are thus raised to be slaves of it. The end of the song is about how the indoctrination and propaganda is not working anymore. The people are breaking free from the trance and start thinking for themselves as individuals.


Gjemt Ondskap is about virtue signalers who pretend to care about human suffering and minorities. But in reality what they want is to make them feel good about themselves. They are willing to sacrifice and destroy the lives of others for that cause. Even if it actually harms or hurts the people they supposedly want to represent. It does not matter as long as they can make themselves look humanitarian. They will do anything to receive the drug of good feelings. Thus those people are looking like good people on the surface but beneath it there is evil. Gjemt Onskap means hidden evil in english.

Cultural Heritage is simply about a patriotic man/women who loves his/her country, his/her people, his/her culture and is willing to fight and die to protect it.

Future Descendants is about a political uproar where the people are betrayed by their leaders who are opening the gates to a new population who will eventually replace them one by one. The people are called for to fight for their children to have a future and eventually overthrow their traitorous leaders.

4. What is the meaning and inspiration behind the name 'Tzaak'?

My online nickname on various accounts has been Kaazt2004, 2008, 2011 etc.
I just reversed the letters of the name Kaazt to Tzaak. I already had a project named after my real name and since I have been using this nickname for years,
I name the project inspired by this nickname.

5. With this project you record everything by yourself, are you open to working with other musicians or do you prefer to remain a solo project?

I’m definitely interested to work with engineers who are experienced with the genre and know the subject of sound and mixing very well. On this record I did everything myself except the final mastering bit. On the musical basis I prefer to write the music for myself because I want to express my own musical self in this project. However I would gladly invite a real drummer to play songs on a record and maybe play the songs live with other people one day.

6. The album was released through 'Sepulchral Silence Records', are you happy with the support that they have given you so far?

This is the first time I have worked with a record label and
I’m very happy about the support they gave me so far.

7. On a worldwide level how has the feedback been to your music by fans of black metal?

There hasn't been much feedback so far, the ones who liked my stuff clicked the like button but they did not write to me in person. There have been a few negative voices that offered some constructive criticism. However some self-righteous other people just engaged in personal attacks which aren’t really helpful to me.

8. Are you also involved with any other bands or musical projects?

I have been making and releasing music by my real name (Lars Müller-Bohn) since 2013. The releases come from everything from melodic ambient (Magic of a Rational Mind) to death metal (Out of Hands).  These records are especially badly produced since I literally didn’t know a dam thing about mixing, sound, microphones and all that stuff. Honestly I still don’t know much about it just a little bit more.

9. Where do you see yourself heading into as a musician in the future?

Well my main goal is to make a basic living out of music not getting filthy rich but still getting enough income to have a normal life without poverty. Secondly I hope that I at least have one record that stands out in time so I can look back on it and be proud of it. I cannot look in to the near future but I will definitely continue making music in the future whether it becomes popular or not. I want to do my own thing and make it available for people who want to listen to it.

Hvis Lyset Tar Oss and Dunkelheit by Burzum, early Opeth (especially Orchild), Swedish black metal band Lustre and Coldworld’s  Melancholie². I was fascinated how someone could play chords with heavy distorted guitars and still sound great. So I started to write my own riffs in a similar way. Also ambient/electronic artist like Motionfield and David Helping have had an impact on me.

On my previous Death Metal record I was of course influence by artist like Slayer, Obituary, Napalm Death, Sepultura and Carcass. My favorite guitar player when it comes to Death/Thrash riffing is Bill Steer.

Today I’m not listening too much though. I often use the weekly discovery list on Spotify.

Since a year ago I have started to follow certain political issues with great interest.
I also regularly watch and follow soccer matches. I used to watch many movies and such but it has been a long time since I have done it. Other topics that interest me are some philosophical topics; however it has been a while since I really got deep in to this stuff.

Not really I will just continue and see how it goes in the future for me.

Posted by OccultBlackMetal at 1:02 AM