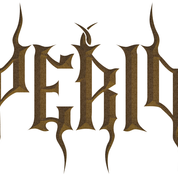 1.Can you give us an update on what is going on with the band these days?
We are very happy and excited about the signing with Massacre Records. At the moment we are busy with preparing the worldwide release of the “Tales Of Woe” and looking forward to it and the reactions it will get.

2.How would you describe the musical sound of the newer music?
Epic, melodic & atmospheric but also harsh, fast & aggressive. It depends on the mood and the emotions we want to create.

3.Your last 2 albums where based on Homer's "The Odyssey", what was the decision behind doing a black metal version of the classic novel?
The Odyssey contains a lot of inspiring substance to work with. Very detailed and versatile discriptions of emotions the characters go through and exhibit. In my opinion black metal suits very good for expressing different types of emotions and so it suits very good for setting music to Homer's Odyssey

4.You have also explored the Roman Empire on a previous album, do you have a huge interest in ancient history?
Yes, I'm very interested in history. There is a famous quote of Cicero, which I always like to use in that context: “Not to know what happened before you were born is to remain a child forever.”

5.What is the meaning and inspiration behind the name 'Imperious'?
“Imperious” is the same like “commanding” or “authoritative”. We thought that it sounds also a bit like “Empire” (maybe there is in fact a common origin, I don't really know) and we were and are also oldschool metal fans and have learnt that the name of a metal band should be a statement. :-)

6.Originally the band was a solo project what was the decision behind hiring a full line up?
I needed musicians to record my album with. After I found them and after a few sessions we all agreed to transform that solo project into a full band line up.

7.What are some of the best shows that the band has played over the years and also how would you describe your stage performance?
There weren't that much shows because we have always focused more on writing songs than playing songs. But I think the best show of them was at the Ragnarök Festival 2012 with an early slot and a very good crowd.
Our stage performance in doing so is very passionate, epic and we have the ability to dive into our music also on stage.

8.Do you have any touring or show plans for the future?
No, not at the moment

9.In November, Massacre Records are re-issuing both of your concept albums, can you tell us a little bit more about the newer versions?
The newer versions will contain a new booklet design and it will be available in shops and stores all over the world while the first press was self produced by us and was only available in our own online shop.

10.On a worldwide level how has the feedback been to your music by fans of black metal?
The reactions we got were very positive and came mainly from the underground by people, who have the ability to listen very intense and aware to music. Like us they are also able to dive into music. To get into our music you have to do that in that way, because our songs are mostly very long. I think fans of black metal possess that ability and are also used to songs with lengths over 4:50 min.

11.Where do you see the band heading into musically during the future?
We are a band which keep all doors open. Our fundament is black metal but we also allow our minds to add all kind of ideas and styles to it, as long as it helps the songs going forward and expressing the emotions we want to transport. Our songwriting process is exciting every time because songs may develop in directions we never thought of in the first place.

12.What are some of the bands or musical projects that have had an influence on your music and also what are you listening to nowadays?
All three of us bring in different types of ideas and we don't want to stick to a certain genre or band. More variety brings more ideas. We allow everything from major oldschool heavy metal over swedish death metal to underground black metal and so on.

13.What are some of your non musical interests?
Sitting together, having a good beer and an interesting discussion about all kinds of stuff. :-)
14.Before we wrap up tihs interview, do you have any final words or thoughts?
Thank you  OccultBlackMetalZine for the interview and thank YOU who reads this right now for your interest in those questions & answeres and in the music & words of IMPERIOUS. Pro Salute Omnium!
Sertorius on behalf of IMPERIOUS Posted by OccultBlackMetal at 11:01 AM