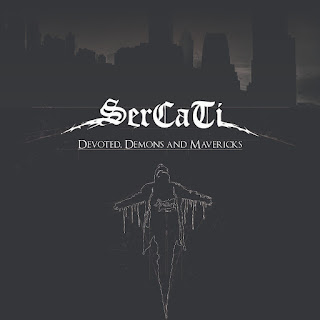 Sercati  creates  another  recording  that  remains  true  to  the  melodic  and  atmospheric  style  of  black  metal  from t heir  previous  releases,  the  production  sounds  very  professional  while  the  lyrics  continue  the  concept  story  of  the  archangel  known  as  The  Nightstalker.

https://www.youtube.com/watch?v=oDiCfgGe1Q0&feature=youtu.be
Posted by OccultBlackMetal at 7:09 PM