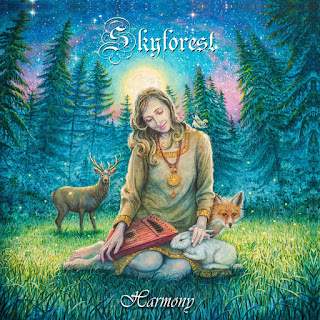 On this  recording  Skyforest  goes  into  more  of  an  acoustic  folk  direction while  still  having  influences  of  black  metal,  the  production  sounds  very  professional  while  the  lyrics  cover  melancholy  themes.