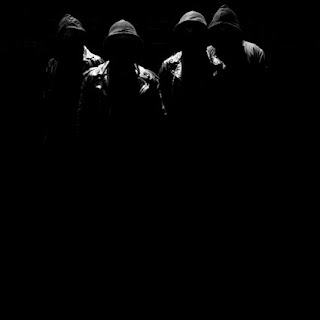 Valravn was founded in 2016 by Aleksi and Alarik. Brent and Henry joined shortly after. We shared similar visions in creating aggressive yet melodic black metal. We all have different approaches to writing songs and our styles work really well together thus creating a versatile yet cohesive style of black metal.

2.In December you have your first album coming out, can you tell us a little bit more about the musical style that you went for on the recording?

We had a vision to combine raw elements from traditional Finnish Black Metal with influences from death and even doom metal to create something which is more diverse musically.

Our lyrics promote the ideology of man being above God. We use entities - such as Lucifer - as symbols to ridicule the fallacies of men.

Lyrics were a bit of an afterthought for us on this album. Our songwriting goes 100% with the “riffs first” mentality and most of them were written after everything else was already recorded.

Our topics vary from blasphemy, nature and myths to nihilism and other misanthropic views.

4.What is the meaning and inspiration behind the name 'Valravn'?

Ancient mythologies such as the Nordic one have interesting tales and deities. We found Valravn - a supernatural raven which feeds on the dead to gain power - to fit with our ideology of the everlasting and ongoing cycle of nature.

The cover is made by our long-time friend Teo Lauerma, who had also previously done the cover for A. Olkkola’s solo project (https://youtu.be/86UHEnCqCVA).

We had only given him the main idea of a raven spreading its wings victoriously on top of a pile of corpses and the rest is completely a product of his creativity and hard work. The amount of detail he was able to draw by hand is really impressive, especially because the actual art piece is pretty much the same size as the CD cover.

6.What are some of the best shows that the band has played so and also how would you describe your stage performance?

So far we’ve only played live once, which was before the album was finished. Then the pandemic hit and the rest is pretty much history. We are planning on playing shows once the album is out and things have settled but who knows when that will happen. Meanwhile, we’re working on our next album so we’re not just idly sitting by.

7.Can you tell us a little bit more about the masks that you wear in the promo pictures and live shows?

The idea is simply to let our music speak for itself as the focus should be on the music and not the individuals performing it. It’s no secret who we are, but removing our meaningless faces from the music felt right for us.

8.The band is from Finland, what is it that you feel makes you stand out among the other bands in your home country?

We feel our sound overall is different from the other bands from Finland; from production to the different styles of writing riffs and vocal styles. It is definitely influenced by a lot of them but we believe we have managed to achieve a great balance of rawness with melodic riffing and good production quality.

9.The new album was released on 'Primitive Reaction', how did you get in contact with this label?

Once we had finished recording the album we contacted a bunch of different labels and Primitive Reaction seemed really interested in the record. We believe PR is a great match for us and our debut album as they’re a relatively small label but still have a great catalogue of releases and working with them has been easy.

So far we’ve only gotten good feedback. This is our first release so not that many have heard of us and our music, but the two preview tracks we’ve released so far have been well received overall.

We’re in the process of writing songs for the next album and at this moment it’s going to share similar characteristics to Prey but it will definitely be even more diverse.

Overall Nordic black metal has played a big role in our music and it can definitely be heard on the record. In addition to that there’s also some Polish influences and a hint of death metal. Bands like Gorgoroth, Marduk, Horna, Mgła and many more have surely influenced our songwriting.

We appreciate the interview and we are looking forward to the album’s release. We’re very satisfied with our debut, but this is only the first chapter on our path. While live shows aren’t really a possibility, we’re working on the next album so make sure to stay tuned! 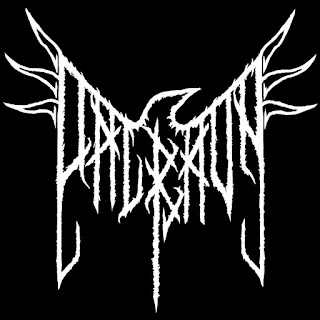 Posted by OccultBlackMetal at 1:26 PM