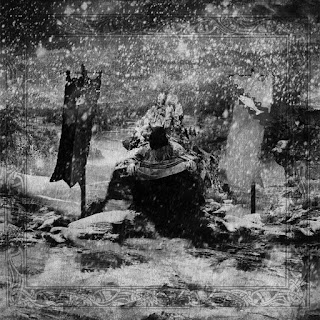 Finland's  Ancestors  Blood  have  returned  with  a  new  recording  which  continues  the  atmospheric  and  melodic  pagan/black  metal  sound  of  previous  recordings  and  this  is  a  review  of  their  album  "Hyperborea"  which  will  be  released  in  2016  by  Naturmacht  Productions.

Ancestors  Blood  creates  another  recording  that  remains  true  to  the  epic,  melodic  and  atmospheric  pagan/black  metal  sound  of  previous  recordings  while  also  getting  more  melodic this  time  around,  the  production  sounds  very  professional  while  the  lyrics  cover  Paganism  themes.

Posted by OccultBlackMetal at 3:39 PM