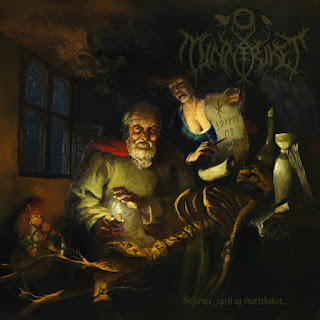 Minneriket  creates  another  recording  that  remains  true  to  the  raw  and  atmospheric  style  of  ambient  black  metal  from  their  previous  release,  the  production  sounds  very  dark  and  raw  while  the  lyrics  are  written  in  a  mixture  of  Norwegian  and  English  and  cover  Faustian,  Paganism,  Existensialism  and  Melancholy  themes.