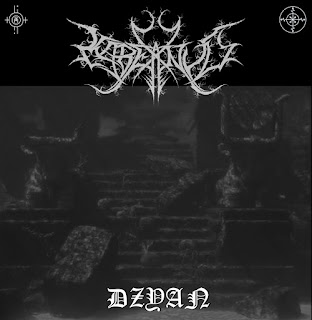 Kabexnuv  creates  another  recording  that remains  true  to  the  raw  and  atmospheric  style  of  occult  black  metal  from  previous  releases,  the  production  sounds  very  dark  and  raw  while  the  lyrics  are  based  upon  the  writings  of  H.P  Blavatsky. 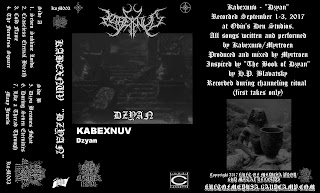 https://kabexnuv.bandcamp.com/album/dzyan
Posted by OccultBlackMetal at 9:44 PM