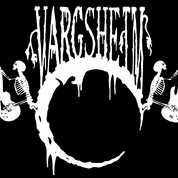 1.Can you give us an update on what has been going on with the band since the recording and release of the new album?
We got better at our instruments and play tighter together in rhythm and on special points in several songs. Over the years we´re like three brothers, that keep our egos low when we work pulling in the same direction.

2.Recently you have released a new album, musically how does it differ from the stuff you have released in the past?
The songs are very unique. The new album sounds like a mix of the two albums before, just better! It was our aim to get on this new level and it took its time, but we didn´t have any pressure in time. If you put more time in an album you can put more passion and selection in it. The result should be better music!

3.This is your first album in 4 years, can you tell us a little bit more about what was going on during this time frame?
Children were born, marriages were made, jobs were changed, a lot of alcohol and smoke were done, crazy gigs were played.

4.What are some of the lyrical topics and subjects the band explores with the newer music and also how would you describe your progress as songwriters over the years?
It always was a valve of expression to us. Very private themes were mixed with an objective look at the world so that no one can watch through the lyrics first but everyone could find himself in some lines. This is the red line that we followed from the beginning. In this new album we took especially the romanitc ferytailpart from our demo cd but that don´t mean that there is no aggression in it.

5.What is the meaning and inspiration behind the name 'Vargsheim'?
It means "home of wolves". Individual ways are always lonesome. We see ourselves as outsiders from society, even when our families are not.

6.Can you tell us a little bit more about the artwork that is presented on the new album cover?
I painted it in three years on a canvas, many crazy nights. In the beginning there was just the red bloodmoon and the rider that is thrown by one red spark. Then came details of ruins, stars and fires. I wanted to create pain and passion and this is what you here in the songs and the lyrics too. To create art is like a katharsis, you can put negative powers in something positive and throw away depressions or fuckin demons that sit on your mind for days and nights.

7.What are some of the best shows that the band has played over the years and also how would you describe your stage performance?
In our hometown Würzburg , darktroll festival, ragnarök festival and wolfszeit festival. Our performance is very rock n roll but also evil and harsh. We don´t use corpsepaint anymore but we prefer dark and atmospheric few lights. We wear no shirts on stage, just hair, sweat and tattoos.

8.Do you have any touring or show plans for the new album?
not yet...

9.On a worldwide level how has the reaction been to your recordings by fans of black metal?
We do a unique mix of oldschool rock and black metal, i think we were underestimated! Most fans we catch is on live gigs but with this album that may change.

10.Where do you see the band heading into musically during the future?
Maybe more experiments will be done but we have learned to select. In our first records we used every idea and so the songs are most like a whole album. A song needs a structure, an album needs a structure. We know that now but we are a very creative band so we´re looking forward to every new idea. Our music was always honestly and will always  be. We prefer to put it in the trash, if it´s not.

11.What are some of the bands or musical styles that have had an influence on your newer music and also what are you listening to nowadays?
Enslaved, Mastodon, Thin Lizzy, of course MOTÖRHEAD, we here  all kinds of music to keep our minds open. From Jimmy Hendrix to Burzum and Mayhem on heavy detours over Hip Hop, Classic, Reggae... If it´s good music, we know no borders.

13.Before we wrap up this interview, do you have any final words or thoughts?
Watch out for our fuckin new album "Söhne der Sonne"! 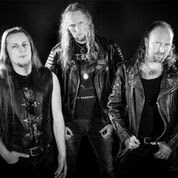