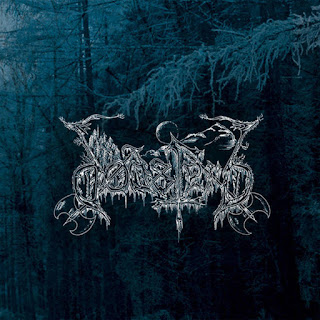 Dodsferd are a band from Greece that has been interviewed in this zine and has also had their previous split with Mortavatis reviewed here and the style they went for on this album was depressive sounding black metal and this is a review of their 2008 album "Suicide And The Rest Of Your Kind Will Follow" which was released by Moribund Records during the year of 2008.

Drums are mostly slow to mid paced drumming on this recording and there are no fast parts or blast beats, while the bass playing is very raw and follows the riffs that are coming out of the guitars with a distorted tone and effects being used at times.

Rhythm guitars are mostly slow depressive sounding black metal riffs with some soft playing being used at times mixed in with some weird avant garde guitar noise effects, while the lead guitars have a very dark and weird vibe to them and are not to overdone with a lot of guitar solos with the music focusing primary on rhythm's.

Vocals are high pitched depressive black metal growls and screams, while the lyrics cover suicidal themes, as for the production on this recording which was recorded in the beginning of 2008 at Encore Studios sounds very dark, raw and primal which is the perfect mix for this music.

In my opinion this is another good release from Dodsferd and the 2 songs presented on this album show a more slower and different side of Dodsferd, if you like slow and depressive black metal you should check this album out. RECOMMENDED BUY.