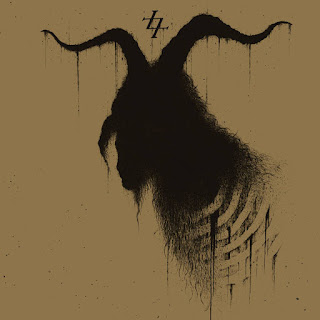 The Secret are a band from Italy that mixes primitive black metal with crust/grind and noisier forms of music and this is a review of their 2010 "Solve Et Coagula" which was released by Southern Lord Records.

Drums are a mixture of some heavy skullcrushing doomy playing with a lot of fast playing and brutal blast beats, while the bass playing has a very dark and heavy distorted sound.

Rhythm guitars mix primal black metal with crust/grind, noise and some doom to create a very original sound that has not been attempted in black metal and there is also a good amount of distortion effects, and there are little to no lead guitars or solos present on this recording.

Vocals are mostly high pitched black metal screams that have a crusty grind edge to them, while the lyrics cover violent and hateful type subjects, as for the production it sounds very heavy and all of the instruments and vocals sound very powerful.

In my opinion The Secret are a very brutal and original that creates a new black metal style, and while this band will not appeal to all black metal fans, I could still see them winning over people that want something new and original. RECOMMENDED TRACKS INCLUDE "Cross Builder" "Death Alive" "Pleasure To Self Destruction" and "1968". RECOMMENDED BUY.

Posted by OccultBlackMetal at 12:52 PM