Can you give us an update on what has been going on with the band since the recording of the new album?
We’ve been busy with arranging the artwork for the album as well setting up things for the coming re-releases of the Deinonychus back catalogue…. I’m also within the process of finishing of a 2th album with my other project Nihil Novi Sub Sole. But other than that, things are quite silent here;)


You have a new album coming put in December, how would you describe the musical sound that is presented on the recording and also how does it differ from the stuff you have released in the past?
The new album is more vile and dirty and the atmosphere captured within is more violent, raw, and vengeful. The topics on the album deal mainly with vengeance, murder and suicide and all given thoughts with that…. It is just somehow different from all the other works, but surely has some ingredients in it which are typical Deinonychus alike….


This is your first album in 10 years, can you tell us a little bit more about what has been going on during that time frame?
I remember when I was composing “Warfare Machines” back in 2005-2006 I already felt completely weary of doing Deinonychus and it was quite a struggle for me to complete things in a justified manner… But in the end I did. After the release of the album in Autumn 2007 I realised that it was time to put things on a hold as I was completely done with it all, and so I did…. In between those 10 years I started a martial industrial outfit called Nihil Novi Sub Sole with whom I did 1 album so far and a couple gigs, that just kept me going until now;)

What are some of the lyrical topics and subjects the band explores with the newer music?
Vengeance, murder, suicide, fear, hate, paranoia, you name it…..


Originally the band was a solo project, what was the decision behind forming a full line up?
That was just plain simple… In order to grow musically and keep progressing any quality I had to need other musicians beside me, as I’m simply not a virtuose….. 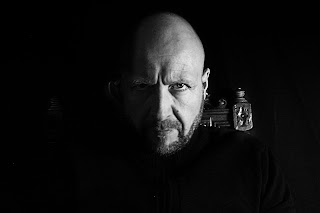 I have read that while the band has done a live show they are against doing another one, is that still the case these days?
Yes and no…… it comes basically all down on logistic matters….. All members having their own thing going on, albeit it work, family, other musical activities and such, plus  living quite far from each other…. I’m not sure if any investment will pay off with this kind of music;)


The band has been around for more than 20 years, do you feel you have had a huge influence on the modern suicidal and depressive black metal bands?
I reckon I’m far too humble to give you any answer on that….. it is upon others to decide if that is the case….


On a worldwide level how has the feedback been to your music by fans of black and doom metal?
Actually Deinonychus belongs to a category of bands you either really like or hate…. There is no in-between!  Mainly due the vocals I guess…. However it of course pleases me more then to hear from people who really like it when they tell you, as you know that they really mean it, instead of “yeah it’s kinda okay…”. But on a larger scale as you say; worldwide…. The response overall is really good.


What is going on with some of the other bands or musical projects these days that some of the band members are a part of?
Well Steve Wolz at the moment is not doing anything else besides Deinonychus if I’m correct, and Markus is obviously busy with The Vision Bleak/ Empyrium and Sun Of The Sleepless and has his own recording studio, so the man is REALLY busyJ I myself are in the process of finishing of a 2th Nihil Novi Sub Sole album which should be out early 2018.


Where do you see the band heading into musically during the future?
I reckon we just head straight forward from where we came…..


What are some of the bands or musical styles that have had an influence on your newer music and also what are you listening to nowadays?
Black metal, Death Metal, Doom Metal, Ambient. I listen to quite some wide range of styles, when it comes to music. I have no real preferences…. I just like anything which sounds dark, emotional and aggressive as well….


Before we wrap up this interview, do you have any final words or thoughts?
Be who you are, do what you want, and let no one fuck you up…… that’s it really;) 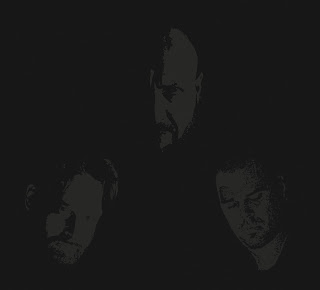 Posted by OccultBlackMetal at 6:18 PM