Can you give us an update on what has been going on with the band since the recording and release of the new album?

Probably the same as other bands. Searching for that right label to release the album on CD and hopefully LP, there was one photo session and now we are promoting „Neoantichrist“ with interviews for ´zines and radios, as well as some videoclips to be made during 2018.

In October you had released a new album, how would you describe the musical sound that is presented on the recording and also how does it differ from the stuff you have released in the past?

We recorded all songs at Moravian Ch-Records Studio with Engel + Marshall guitar amplifiers and boxes and the double bass drum-kit, of course. The same place was taken for vocals. Not so easy to compare the new album with that previous one ´cause it´s more like twelve years old studio experience. It´s sure that the actual record sounds more professional than the debut album but we still like „Hysteria in Coma“ sound too. I remember that the work at another great Shaark Studio was quite similar regarding to instruments and practice. There are also more special guests on the first album who were participating on the record.

This is your first album since 2005, can you tell us a little bit more about what has been going on during that time frame?

SOLFERNUS played out a few great shows in Czech Republic and even one in Germany. We appeared also at famous Brutal Assault Open Air twice and the band made two videoclips to promote the debut album as much as possible. We started to record new songs back in 2008 but this pre-production was never finished because our drummer and frontman left the band one by one. I continued with my main act ROOT and the project SOLFERNUS slowly disappeared in a desert of oblivion…

What are some of the lyrical topics and subjects the band explores with the newer music?

You can find here a morbid fun in „That One Night“ song which is inspired by infamous doctor Hannibal Lecter or such a reflection about the awakening inside of a coffin put down in the grave – the thought which everybody had in mind at least once during a life – the song called „Between Two Deaths“. The album contains also some antichristian verses in tracks „Pray for Chaos!“ or „Neoantichrist“. The horror hit song that we would like to make also as the videoclip is „Mistresserpent“.

What is the meaning and inspiration behind the name 'Solfernus'?

The main inspiration was the character of one devil from legendary Czech fairy tale. True killer man bearing this name;-) 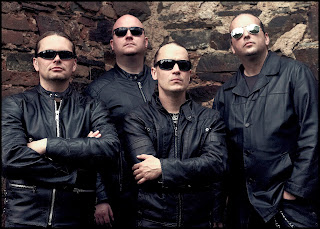 What are some of the best shows that the band has played over the years and also how would you describe your stage performance?

Definitely shows at Brutal Assault when the band presented this kind of art in front of a few thousands people. Otherwise people can find some SOLFERNUS live appearances and both old official videclips for songs „Advent Massacra“ + „Hysteria in Coma“ online. We can describe all those ancient stage performances as Hell on Earth.

Do you have any touring or show plans for the new album?

Not yet, perhaps in the future if there will appear a real interest from organizers and mainly fans.

First of all, we don´t get a feedback from black metal fans because there are also various metal genres listeners who like our new album. That was our goal – not to become a part of black metal community only – our music is for more maniacs. And yes, the feedback on the new album is above all expectations. The most of reviews are pretty positive and people support us personally or with messages about really good album.

What is going on with some of the other bands or musical projects these days that some of the band members are a part of?

I´m still playing in ROOT along with our drummer. This band is active thirty years already, we play shows and plan the new album. I was used to be the guitarist of famous Czech death metal commando HYPNOS a few seasons too.

What are some of the bands or musical styles that have had an influence on your newer music and also what are you listening to nowadays?

Still many influences around ourselves, that´s sure. We cannot talk about specific names because these ones represent just a small touch of the influencing, you know. Maybe it is a part of the band´s know-how so I should not reveal such information;-)

I must praise the title of your webzine. We can be calm if SOLFERNUS´ interview will be online under this banner! 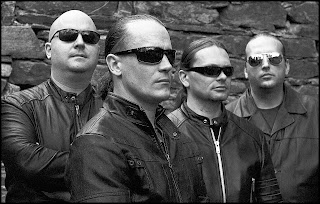