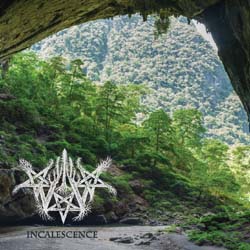 Ovnev  creates  another  recording  that  remains  true  to  the  atmospheric  style  of  black  metal  from  his  previous  release,  the  production  sounds  very  professional  while  the  lyrics  cover  a  journey  to  Antarctica  where  there  discover  a  subterranean  passage  that  leads to  a  thriving  ecosystem  untainted  by  Human  life.

Posted by OccultBlackMetal at 3:34 PM