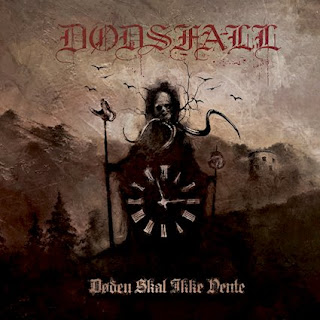 On  this  recording  Dodsfall  remains  true  to  the  satanic  and  misanthropic  style  of  black  metal  from  previous  releases  while  also  getting  more  melodic  and  also  showing  a  great  amount  of  progress  as  musicians,  the  production  sounds  very  professional  while  the  lyrics  are  written  in  Norwegian  cover  Satanism  and  Misanthropy  themes.