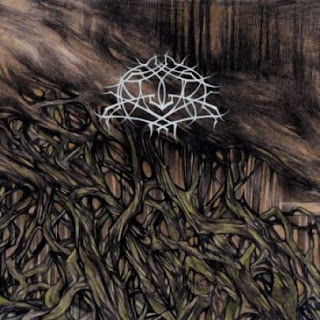 Krallice are a band from New York which I would describe as ambient black metal and this is a review of their 2008 self tiled album which was released by Profound Lore Records.

Drums are very fast with a lot of blast beats, while the bass playing utilizes a very dark tone that adds to the heaviness that is coming out of the music and you can really hear how powerful the bass is on the 3rd song, as for the keyboards when they are utilized they sound very dark and have an ambient feel.

Rythym guitars are mostly fast black metal riffs that also have influences from death metal, thrash and avant garde metal mixed in with a good amount of distortion as well as feedback that is influenced by noise music, while the guitar leads are very noisy as well as melodic and there are a lot of guitar solos that sound real talented and they are worthy of praise in Guitar World if they would pay attention to black metal.

Vocals are a mixture of yelling and high pitched black metal screams and some occasional death metal growls, while the lyrics touch on forgotten wisdom and some nature/science type of themes, while the production on this recording with was recorded, mixed, and mastered at Menegroth, the Thousand Caves by Colin Matson during the 2nd and 3rd month of MMVIII sounds very professional and you can hear all of the musical instruments that are presented on this album.

In my opinion this is a good album and Krallice add a lot of originality to the black metal genre and I am looking forward to what they accomplish with their future material, you should also check out their live show I was exposed to this band last year when I saw them open up for Wolves In The Throne Room and I also bought this cd at that show as well.