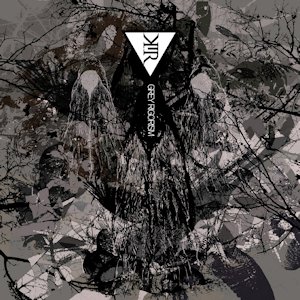 Merrimack are a band from France who has also been interviewed by this zine that has been around for almost 15 years which I would describe as raw religious occultic black metal and this is a review of their 2009 album "Grey Rigorism" which was released by Moribund Records during the year of 2009.

Drums are slow at times and then they got very fast with a lot of blast beats, while the bass playing which is mixed down low in the mix follows the riffs coming out of the guitars but on one of the songs they become a lead instrument, while some songs also include ambient noise samples as well as a synth on the last song.

Rhythm guitars use a lot of variety with some slow, doomy to mid paced thrash influenced riffing that sounds very dark and distorted as well as melodic mixed with some fast black metal riffs, and there are little to no lead guitars on this recording but when they are utilized they sound very melodic.

Vocals are mostly high pitched black metal screams mixed in with some distortion and some spoken word parts in French and on the last song there is a female begging the lord for mercy, while the production of the album which was recorded, mixed and mastered in May 2009 at Necromorbus Studio by Tore Stjerna sounds very professional for this style of black metal and you can hear all of the musical instruments, as for the lyrics praise a dark sinister devil with some cabbalistic occultism as well as an anti white light message.

In my opinion this is a good album from Merrimack and while I prefer their older material, I also understand that a band needs to progress with each album and this recording is still very good. If you are a fan of well played occultic black metal you will not be disappointed  with this album.

STANDOUT TRACKS INCLUDE "Kirjath-Ra" "Grey Rigorism" "When The Stars Align" and "By The Grace Of God". RECOMMENDED BUY

Posted by OccultBlackMetal at 6:49 PM