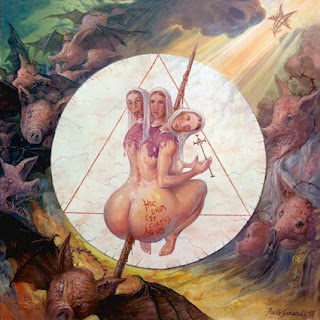 On  this  recording  Filii  Nigrantium  Infernalium  remain  true  to  their  mixture  of  black  and  thrash  metal  while  also  expanding  on  the  traditional  metal  elements,  the  production  sounds  very  powerful  while  the  lyrics  are  written  in  Portuguese  and  cover  Occultism,  Satanism  and  Anti  Christianity  themes.

Posted by OccultBlackMetal at 3:00 AM