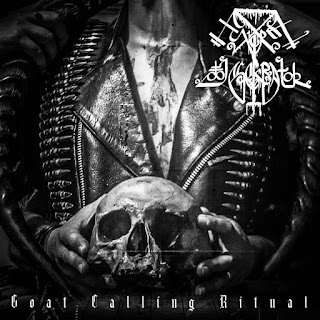 On  this  recording  Funeral  Desekrator  remains  true  to  the  raw  and  satanic  mixture  of  black  and  thrash  metal  that  they  had  established  on  their  previous  ep.  The  production  sounds  very  dark  and  raw  while  the  lyrics  cover  Satanism  and  Violence  themes.

https://atavism-records.bandcamp.com/album/goat-calling-ritualhttps://www.youtube.com/watch?v=71Lg32WaXEw
Posted by OccultBlackMetal at 2:25 PM