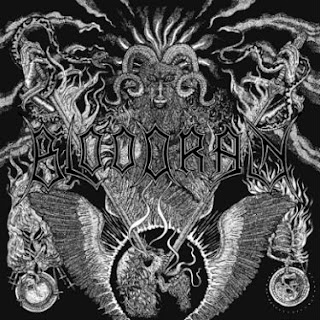 Bloodrain  plays  a  style  of  black  metal  on  this  recording  that  is  very  raw  and melodic  while  also  mixing  in  a  great  amount  of  thrash  elements,  the  production  sounds  very  professional  while  the  lyrics  cover  Satanism  and  Darkness  themes.

https://possessionproductions.bandcamp.com/album/bloodrain-v-adora-satanae
Posted by OccultBlackMetal at 4:52 PM