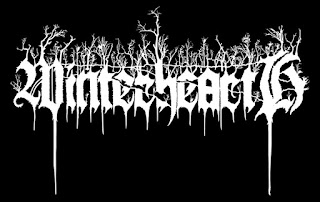 1.Can you give us an update on what has been going on with the band since the recording and release of the new album?
As of now we are looking at different approaches to livestream shows. Covid 19 has turned the entertainment industry upside down and that’s just putting it lightly. However, the industry is always changing and it changes much faster as new technology becomes available to both consumer and prosumer. Other than that and constant rehearsals I’m always writing new riffs and music to archive and have for potential future releases. Always making sure I’m ahead and there’s no “what’s next” once tasks are completed.

2.Recently you have released a new album, musically how does it differ from the stuff you have released in the past?
Well for starters with all albums the one goal I always had was a modern spin on a classic approach. It’s called classic for a reason because it never goes away. Our first album Curse the Summer was a Black Metal meets Thrash approach but adding a little technical spin. When we released Resettlement it was still the Blackened Thrash approach but I also incorporated my love for the Gothenburg and the Melodic Death Metal scene. With our latest release Riverbed Empire it still has that Blackened Thrash sound however, I’ve really began to show my love for progressive music. I love the textures of progressive bands like Yes or King Crimson but I still love the to the point punk rock sound to. The trick was how to incorporate both attributes. Honestly a great album I feel portrays what I’m saying would be Metallica’s - ...And Justice For All for example.

3.This is also your first release in 4 years, can you tell us a little bit more about what has been going on during that time span?

The last four years have been a lot of highs and lows for sure. Right after the release of Resettlement unfortunately Michael Small and myself parted ways and Brad Ivany came into the picture. We played a bunch of festivals opening for bands like Cauldron and Warsenal. About a year into having Brad I really began to focus on brand new music and sadly our bassist Robbie Butler decided he needed to take a new path in life and left the band. During all this I was rehearsing in a Ramones tribute act and was talking to the vocalist Lenny Carey who I barely knew at the time. I realized he was a great guitarist and bassist so one day I ask if he would like to try out. The rest became history and we spent from April 2018 to now rebuilding the band so we wouldn’t just be the typical “yeah were back with new music but it’s really just two new good tunes and filler”. The chemistry in the new lineup is great and I can’t remember the last time I’ve been this happy from music.

4.What are some of the lyrical topics and subjects the band explores with the newer release and also how would you describe your progress as songwriters over the years?

A lot of my lyrics from the early days to now deal with where I’m from and Newfoundland folklore. Best things to write about is what you know and your surroundings plus I love being able to share with new fans where I’m from. I’m also a history nerd so you will see a lot of songs about certain points in history. I also try and write as if I was in a time machine and went back to view what’s happening as an outsider looking in. One thing in that department that always seems to be too common is corruption from those with power and the abuse towards citizens rather it be sending them to war for their agendas or just for monetary gain. It doesn’t matter what political system is in place there is always corruption no matter what. Absolute power corrupts absolute minds. The title track Riverbed Empire is a prime example because it’s about trout in their ecosystem being taken over by salmon and the trout let them because the salmon had the silver tongue on them. The salmon told them be under their rule and you’ll never have to worry. Eventually they realize they have less freedom and their poorer than ever. Talking about this now makes me wonder if in some way shape or form I was lyrically influenced by the Rush song The Trees haha!

5.Some of your earlier lyrics cover satanic and occult themes, do you have an interest in the dark arts?

Interest. yes! Do I practice? No. I can’t stop learning. I love to learn about different cultures and religions. The dark arts is always extremely interesting to me because growing up in an environment where that’s considered taboo. It goes hand in hand with my love for watching super natural horror movies or TV series. I’m a firm believer knowledge is power and the more you learn the less ignorant of a human you will become when seeing things from different perspectives.

6.What is the meaning and inspiration behind the name 'WinterheartH?

First few rehearsals I’ve been lobbying to call the band something completely different. After one practise I was driving Robbie home and a snow storm was slowly coming. Robbie said man what about WinterheartH? I paused and said dude that’s an awesome name! So we use to say it means the cold atmosphere of Black Metal meets the intense fire of say Thrash or Death Metal.

7.Can you tell us a little bit more about the artwork that is presented on the new album cover?
The artwork was designed by Mark Richards of Heavy Hand Illustration. His design and attention to detail is fantastic. I wanted to do something that would represent life's beautiful darkness. I pictured an evil looking fortress and a riverbed of dead bodies. I talked to my manager one day on the basic idea of what I had in my head and he mentionned to me Inferno by Dante as well as the Furies. Now I'm not really up on my liturature especially from that era but when he explained the concepts, it made so much sense to what I was trying to describe in my mind.

8.What are some of the best shows that the band has played over the years and also how would you describe your stage performance?
Some highlight shows would be Maritime Metal & Hard Rock Fest 5. It was our first time in Nova Scotia playing and we made so many new friends who I still keep in touch with today. 709 Metalfest was great when we opened for Cauldron. We also played with Nova Scotia's Dumpster Mummy on Victoria Day weekend last year. We played a show in Clarenville which is a small town two hours away from the city. Great crowd and great reaction. Early days I would be just running around and headbanging and getting the aggression out. Some shows I've chilled a little, kept my glasses on and still put off a rocking performance. Makes me feel like Burke Shelley from Budgie when I do that haha! I always try to not speak very much in between songs because I want to cram in as much music as possible in my time slot.

9.The new album was released on 'Still Heavy Productions', can you tell us a little bit more about this label?
Still Heavy Productions is a shitshow of an operation where only WinterheartH can survive HAHA!! Actually, consider it as a mix between a label and a management company. Helping young and upcoming talent who got their priorities straightened out as well as being able to help them get their music on the market.

10.On a worldwide level how has the reaction been to your newer music by fans of black metal?
So far so good! From what they heard from the teasers from album three the response has been past my expectations.

11.Where do you see the band heading into musically during the future?
You know lately I've been listening to a lot more post-rock/metal bands. Who knows maybe future music will have a more post- flare to it a long with the Blackened Thrash sound.

12.What are some of the bands or musical styles that have had an influence on your newer music and also what are you listening to nowadays?
I've been listening to a lot of Yes, Genesis and Camel when writing a lot of the songs from Riverbed. I listen to everything from the bands I mentionned to rap music to country to even more artsy acts like Kate Bush or Bjork. On the metal side I've been listening to a lot of Mikael Akerfelt rather it be Opeth or Storm Corrosion. Also a huge fan of Entombed and I love listening to riffs by the one and only Trey Azagthoth. That guy is insanity for riffs. Now a days like I mentionned previously I am listening to a lot more in the post-rock/metal direction. Last few days I've been on a hard Mercyful Fate/King Diamond kick. Sherman, Denner and LaRocque are all extremely talented and underated guitarists.

Follow us on Facebook at www.facebook.com/winterhearthmetal . We also have Instagram. Keep an eye out for latest news in the WinterheartH camp. You will be able to order our album online and our store https://stillheavyproductions.bigcartel.com will be up very soon(if not now already pending when this gets published). Stay safe and we're all in this together! 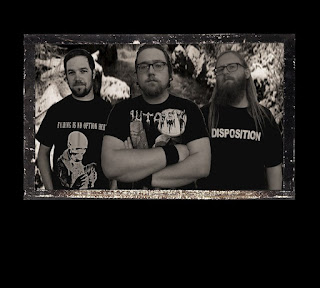 Posted by OccultBlackMetal at 12:21 PM