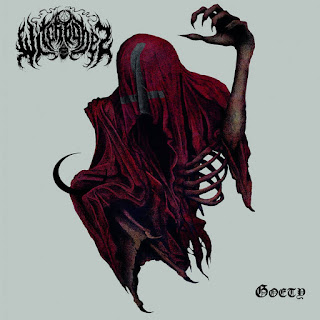 Evil  sounding  melodies  are  also  added  into  some  of  the  guitar  riffing  along  with  one  track  also  introducing  horror  orientated  synths  and  whispered  vocals  onto  the  recording  as  well  as  a  couple  of  later  songs  being  instrumentals  and  also  introducing  acoustic  guitars  onto  the  album.  The  production  sounds  very  dark  and  raw  while  the  lyrics  cover  Witchery,  Occultism  and  Satanism  themes.

https://morbidchapelrecords.bandcamp.com/album/goety
Posted by OccultBlackMetal at 8:29 PM