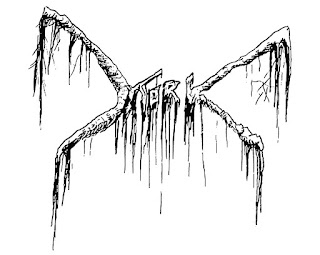 A: I have been doing interviews and other pre-release related stuff. I’ve been booking shows and we have been rehearsing the new stuff as a band. I am ecstatic to have been booked for what will be Mork’s first US shows, in August.

2.You have a new album coming out in April, musically how does it differ from the stuff you have released in the past?

A: Musically I guess it’s similar, in that it’s my handy-work. The overall feel and sound on this one is a bit colder and darker, though. I’ve had a pretty shitty couple of years, privately, that went on while creating this album. This has effected the outcome of the album.

3.What are some of the lyrical topics and subjects the band explores with the new album and also how would you describe your progress as songwriters over the years?

A: Lyrically the new album has both strength and weakness, in a psychological fashion. There’s sadness and hopelessness sprung out of my depressed state and tragic past two years. But, there are strength and will-power in this as well. As a songwriter I did hold back alot whilst making the first two albums, in regard to keeping the feel and atmosphere old school and primitive. By album four I really have found my place within my Mork creativity. I let myself loose more and let what happens, happen.

4.The band is from Norway a country that has had some legendary acts over the years, how would you say your musical style differs from the other bands of your homeland?

A: The difference is that this is me and my way of creating music. I am inspired by my past works, more than other bands in the same genre. However the building blocks of Black Metal is underneath it all.

A: I actually got to meet the artist, David Thierree, randomly. I was not aware of his past works or collaborations. But, when I got to see his skills and drawings, I sort of decided right away to work with him.

The album-title and concept is something that I have had in the back of my head for about ten years. So, it all came together rather nicely. I expressed my concept to David and he delivered a spot on depiction of my  vision. The artwork shows a vast black gorge representing all thats dark and and overwhelming in life, and the naked weakling represents the hopelessness it provokes.

6.On the albums you record everything by yourself but use musicians for live performances, would you ever be open to work with a full line up in the studio?

A: The highlights keep getting more frequent for us as a live unit. That’s the good thing about being able to play and experience everything together over time. It’s not only the shows that makes the experience, it’s the traveling that comes along with it. Like our trip to Izmir in Turkey, where we got to experience the city and culture as well as the great crowd during our show. We are lucky to have been able to endure several good trips. We are really looking forward to our first journey over to the United States, where we are playing Las Vegas, San Diego and Los Angeles later this year. Other highlights that come to mind is; Our show in Transylvania, our show at Tons Of Rock in Halden, Midgardsblot and Inferno Festival. Most shows are good for us.

A: As mentioned we will do a short run in the US. We will play the Inferno during album-release. We are to appear at the Hellbotn Festival for the second time. And we have club shows, here and there. Mork has never been a band “on tour”, we mostly play one-offs. So, contact our booking and perhaps we’ll appear near you.

9.The last few albums have been released on Peaceville Records, are you happy with the support that they have given you so far?

A: As of today all Mork albums are on Peaceville. Mork has been a rapid upwards experience since the first album back in 2013 and Peaceville is yet another milestone on the way.

A: Feedback has been astonishing. I have to admit that I did not see this kind of “success” coming along, and this quick. Considering the band and music being quite “young”, being from 2004 and onwards, the reaction has been overwhelming. I am of course honored, even if I primarily make music to please non-other then myself first.

A: Nothing is written in stone. But I am pretty sure the the four albums up to now will be the guideline for the future. I don’t see myself taking Mork too far away from what is.

A: I am a kind of guy who does not dig around for new music. I stick to my old favs. Classic rock and metal from the 60’s up til mid 90’s. The influence is music I do enjoy, there’s no single band or track that makes me write a song. It’s more the fact that the creativity in itself is so rewarding that my songwriting is free flowing out of creative freedom. Not only Black Metal inspires, music in general, does.

A: I tip my hat and thank you for the attention. This last two years has been a living hellhole of tragedy for me, so the privilege of being able to process those feelings through this new album is a important fundament for my well being onwards. Hails to the supporters of Mork out there. Hope this album can captivate you as it did to me. Keep the black flame burning. 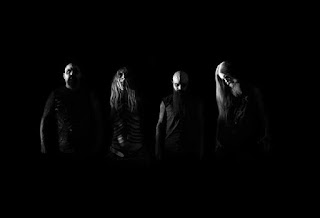 Posted by OccultBlackMetal at 6:51 PM