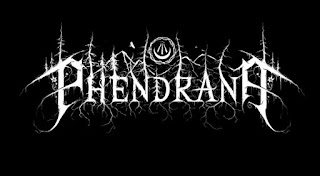 Phendrana was born in 2016 from the ashes of a past project I had. At the end of that year, I started working on the debut album: “Sanctum: Sic Transit Gloria Mundi”, which was released on January 8, 2018.

I think the sound on it is very rich. I implemented many musical influences from different genres, so that every song can have its own essence. I also think it is very complete and balanced, since it has some progressive elements, like instrumental passages and odd time signatures, but they also have their simple, minimalistic counterparts.

3.The lyrics on the new album have a concept to them, can you tell us a little bit more about the themes of the new album?

The album tells the story of a sanctum, an ethereal place where all lost souls are destined to find their eternal shelter. The lyrics for “Sanctum” are a visual description of this place, Ethereum and Gjenganger are two different stories about the lives of some sanctum inhabitants, and Where Ages Meet is an ode to the night.

4,Originally the musical project was known as 'Pakistuf', what was the cause of the name change and also the meaning and inspiration behind the name 'Phendrana'?

The name changed along with the project’s direction, genre, and approach. The name Phendrana belongs to a snowy and icy region on the videogame “Metroid Prime”, and I chose it because the atmosphere created in this region is similar to the one I intend to create with my music: Cold, Inner peace, and beautiful solitude.

5.On the album you recorded mostly everything by yourself, are you open to using a full band in the studio?

Taking care of the writing and recording duties allows me to craft my ideas better, and I’ve been very comfortable working this way. There are, however, times when I want to express something I just can’t play or sing, hence the guest vocals from Vera and AraCoelium, which gave the music a whole new meaning.

6.Under your previous name you had also done some live shows, how would you describe the stage performance of the shows you played and also where some of the most memorable gigs that you had played?

We had a really good time playing those shows and sharing stages with great bands. We also had a positive response from the audience. Maybe the most memorable gig was the first one, when we had the chance to share stage with Alcest back in 2015. None of us had played on a big concert before that day, and we didn’t know what to expect. It turned out really good, there was a lot of chemistry onstage, and the audience liked it. We also enjoyed a lot sharing stage with Nader Sadek.

7.Are there any plans for any live shows under the new name?

8.The new album was released on 'Sickness Records', can you tell us a little bit more about this label?

9.On a worldwide level how has the feedback been to your music by fans of post and atmospheric black metal?

I’ve had a very positive feedback from the people who have heard it, even though I still have to spread the word about my project.

Music is my passion, and my goal has always been leaving a mark on the metal scene.

I find a lot of influence in baroque music, progressive rock, and many kinds of metal. If I had to list some bands/artists , I’d say Opeth, Alcest, Yes, Vivaldi, and Agalloch.

Thanks to everyone that has taken the time to listen and support the project!

Posted by OccultBlackMetal at 12:28 PM