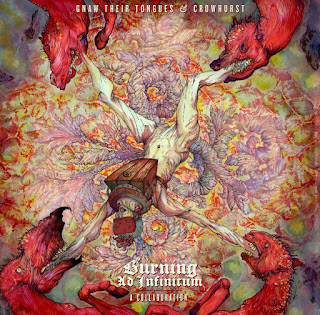 On  this  recording  Gnaw  Theit Tongues  and  Crowhurst  take  black  metal,  experimental  and  noise  and  mixes  them  together  to  create  an  album  that  is  very  different  and  would  not  appeal  to  a  large  audience  but  still  have  a  good  following  in  the  underground,  the  production  sounds  very  dark  while  the  lyrics  cover  dark,  violent  and  perverted  themes.

https://gnawtheirtongues.bandcamp.com/album/burning-ad-infinitum
Posted by OccultBlackMetal at 8:08 PM