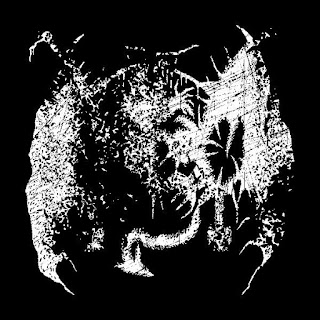 1. Can you tell us a little bit about the band for those that have never heard of you before?

I always wanted to ride a black metal band, but never managed to find people with the same purpose that I,
as I had no way to have multiple instruments, I was just a guitar and a lot of hate to spread,
bought a distortion pedal and started recording some guitar lines, I wore in extreme distortion and maximum volume,
as I never wanted to learn to play guitar in the conventional way, I had to create my own way of playing,
so I created my own style of playing black metal.

talking to a friend about bands and such, came a surprising musical affinity between us,
He even living away from me , one day he told me the following:
"If you lived near me invite you to assemble a band",
I did not think I accepted at the time, after the distance has never been and will never be a problem.

recorded our first demo in 1 week!
the musical rapport was perfect.
I just found the coolest drummer and fine people!
he goes by the pseudonym "Embalmer", adopted this name by working as embalming of bodies.

I had many problems with former members, in general most did not give due weight to the band,
and always left the band in the background, more it no longer interests me,
for me they are already dead and decomposed.

I started to talk a lot with the Embalmer, and increasingly happy with the choice I made,
we set out to make a sound extremely cold, raw and primitive,
our purpose with C.O.F.O.C. is to launch jobs increasingly extreme and innovative,
without losing the essence of course!
no fads and no trends, thus was born the nightmare of satan.

NOKTVRNAL KVLT: I find it funny people wanting to label this or that,

actually hate having to have a specific label, as I said in the first question, my intention is to play black metal,
may not sound like it should , more like stupid not follow any trend,
for some may not sound like the traditional black metal, more true black metal to me,
should be sung in a raw, primitive in its pure essence, and I have the impression that we can do this without worrying about labels,
more if they want a "label" I like to call our sound simply "Blackened Metalpunx",
something like "the aggressive black metal with punk attitude".
perfect blend!!!

issues related to the occult, Satanism, forests and something I like to explore how:
the current underground bands idiots, beer and posers who claim more real who attend church on Sundays.
hahaha, fuck off!!!

NOKTVRNAL KVLT: First we deal with on inspiration,

arose from the idea that it would be unlike anything,
I hate obvious names, typical style, using very "Satanic", "Darkness", "Funeral" and the like,
Then came the idea of ??using an acronym instead of a name idiot.

while the meaning, made ??a pact to never disclose the true meaning to anyone.

5. Has the band done any live shows or is this strictly a studio Project?

not discarding some live performances,
More priority is in the recording studio.

6. The ep came out on Black Evil Productions, can you tell us a little bit more about this label?

I founded this label releases initially to virtual, ease of dissemination,
I soon realized that more needed physical releases also, there were many requests by our physical material.

so now I keep the netlabel with the following address:
http://archive.org/details/blackevilproductions

and also divulge the bandcamp this address:
http://blackevilproductions.bandcamp.com/

haul and physical materials in extremely limited runs,
had the support of a friend to launch our demo in other countries such as Belgium, the United States and Australia.
longer keep the two formats, both the virtual and the physical,
being released by the label Black Evil Productions Netlabel and with a record of support for exports.

7. On a worldwide level how has the feedback been to your music by fans of black metal?

NOKTVRNAL KVLT: to my surprise has been very well seen and accepted by most fans of the style,

reached in comparison with the old darkthrone and early burzum,
the early days of disclosure, our demo could have enormous repercussions,
I never imagined reaching horizons so distant with my music,
I am very happy with the result, because it helps me a lot to write increasingly,
to produce more songs, shed more jobs and dedicate them to our faithful followers.

follows a list of some research I did for sites that are publicizing C.O.F.O.C.:

perfect review and very well described, the best review ever made for our demo.

8. Are there any other musical projects going on these days?

future will be more new projects coming up, I want to explore more raw death metal, I explore a drone heavier metal,
these projects will be coming to your time, without forcing anything, of course they will appear,
to the delight of some and a nightmare for others.

NOKTVRNAL KVLT: this story to evolve musically for many is a taboo,

more to me is very interesting, every musician, whether any musical style evolves,
no sense to launch 10 albums you like, and you could have innovated in each,
think cool things to explore different elements that come out of the "obvious",
this is called "originality", and I think everyone has more not everyone uses it.

I LOVE IT!
I'll start with the expected:
the very short Norwegian black metal (old),
anyway I will not deny that darkthrone is our biggest influence,
shortest various styles like old-school death metal, doom/stoner and punk.
have much influence of crust punk/grindcore in embalmer's battery,
I will name some albums black "evil" metal hear exhaustively.
check out:

11. How would you describe your views on Satanism and Occultism?

NOKTVRNAL KVLT: do not like to expose my opinion about such matters,

I think a lot staff each, these themes carry many different opinions, and anything you can talk,
there may be many disagreements and arguments, and not too short to waste time with this,
I prefer to use this time to play my guitar.

most I can say is that they are interesting topics within the context of black metal,
not talk good things about religion within the black metal,
is like an escape, is to drop the verb, and who like to like.

NOKTVRNAL KVLT: tough when you live for music,

love what I do, I do with the soul, and realize I am playing with C.O.F.O.C.,
more in the case of interest, in fact, the only interest I have,
is that people feel that there are still people who value the simple things in life,
how to cultivate good friends and live life in a way that made ??them feel with what they do,
and feel it with C.O.F.O.C., and hope that others can feel it too.

NOKTVRNAL KVLT: I think I've said too much HAHAHA

I will use this space only to thank all who supported us, to all who follow us, and wonder.

as I said in the previous question, I love what I do,
and when you do what you love, you end up putting your soul in what you do,
I'm sure that's why our work has had the effect that, and I'm very happy for that.

thank you too   by review and attention you gave to my art.
thanks for the support!


Posted by OccultBlackMetal at 11:25 AM