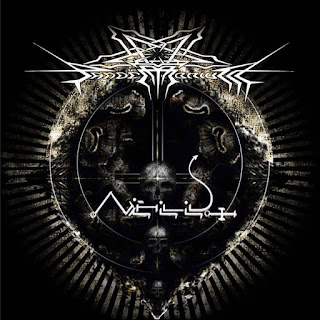 Pandemonium  creates  another  recording  that  remains  true  to  the  satanic  dark  metal  style  of  previous  releases,  the  production  sounds  very  professional  while  the lyrics cover  Satanism,  Occultism  and  Darkness  themes  along  with  one  track  being  written  in  Polish.

http://www.metal-archives.com/bands/Pandemonium/8165
Posted by OccultBlackMetal at 5:54 PM