Gunner: Currently I’m working on 2 new songs. When the main patterns gonna be ready I’ll
work with Oleg I. on the additional arrangements. It’s gonna be a new experience.

2.In August you had released a new album, how would you describe the musical sound that is presented on the recording and also how does it differ from the stuff you have released in the past?

Gunner: It has a very clear sound, a little too clean, but I like it. There's a living feel.

Furious: We tried to do our best. And our sound engineer, who is actually a good friend of mine, put his every effort during mixing and mastering as well. It gave us an ability to reach higher level of sound compared to our past releases.

3.Can you tell us a little bit more about the topics you have covered in the lyrics on the new recording?

Furious: There is nothing to hide. You can hear everything by yourself. One interesting point – lyrics on track # 2. In fact these lyrics were taken from real life. Thanks to Mr. Zhukov -you crazy bastard!

4.I know that the bands name is related to shapeshifting into a werewolf, how does this name fit in with the musical style that you play?

Gunner: it reflects inner power of a human being.

Gunner: Currently we don’t play live. Back in 2008-2009 we did some really good shows with the old lineup.

Furious: We think about it. But the members of our band are divided by borders, countries, lands and seas - thousands of km. So it is possible but for now it is hard to organize everything on a good level.

7.The new album was released on 'Lower Silesian Stronghold', are you happy with the support that they have given you so far?

Gunner: There is a lot of work to be done.

Furious: Not all that much. Some of our past releases were promoted better.

Gunner: it’s quite positive in Europe, but not so good in Russia or Ukraine. But it is how it is. It doesn’t really matter for me. 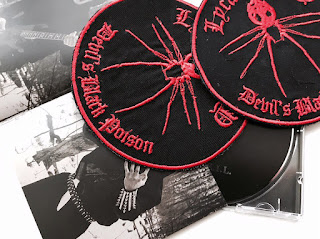 Furious: I participated in a few projects in the past, but I do not keep in touch with their members at the moment. I mean, I see them from time to time but that is not about the music.

Gunner: I think Oleg has something to say on this one...

Oleg I.: I have a solo bm project called Khôra where a new album is coming soon and will include some interesting guests.

Oleg I.: I hope we will incorporate some more variety of genres into the bm we currently play.

Furious: I am inspired by the new wave of BM from USA – Nightbringer, for example.

12.How would you describe your satanic and anti christian views?

Oleg I.: I don't care about any religion, only about how are the individuals who practice it. 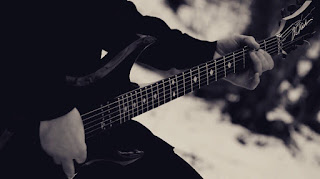 Posted by OccultBlackMetal at 12:34 PM