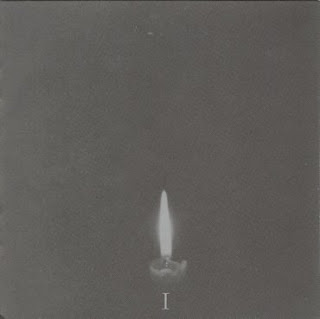 Azrael are a band from Minnesota that plays a very dark and avant garde form of black metal and this is a review of their 2003 album "Into Shadows Act 1: Denial" which was released by Moribund Records.

Drums range from slow, mid paced to fast drumming with a good amount of blast beats being thrown in at times, while the bass playing has a very heavy and dark sound with some avant garde black metal riffing with some bass leads being thrown in at times as well as the use of a contra bass, as for the synths when they are utilized they bring a very dark and avant garde feel to the music.

Rhythm guitars range from slow, mid paced to fast black metal riffing that is very dark and raw sounding mixed in with a lot of dark sounding distortion that add to the avant garde feel of the music as well as a good amount of dark sounding melodies while the lead guitars are very primitive and distorted black metal guitar leads when they are utilized, as for the acoustic guitars they use finger picking to bring a very dark and avant garde sound to the music.

Vocals are mostly high pitched black metal screams mixed in with some occasional spoken word passages as well as some mournful cries, while the lyrics cover darkness, occultism and the philosophy of Nietzsche, as for the production it has a very dark, raw and primitive sound to it.

In my opinion this was the most black metal sounding album that I have heard from Azrael and they did go more avant garde sounding on later releases, but if you are looking for some primitive,  dark and raw sounding avant garde black metal, you should check this album out. RECOMMENDED TRACKS INCLUDE "Dominion Of Abyssmal Crypt" "Holiness Embodiment" and "Unseen Emptiness". RECOMMENDED BUY.

https://www.metal-archives.com/bands/Azrael/13835
Posted by OccultBlackMetal at 9:04 AM