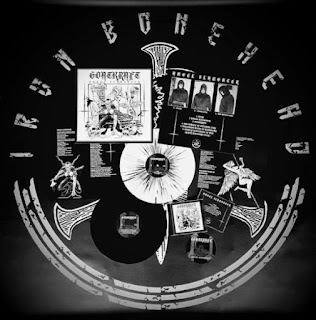 Goatkraft  plays  a  musical  style  that  takes  the  rawest  elements of  war,  black and  death  metal  and  mixes  them  together  to  create  a  sound  of  their  own,  the  production  sounds  very  dark  and  raw  while  the  lyrics  cover  death,  hate,  destruction  and  blasphemous  themes.

http://soundcloud.com/iron-bonehead-productions/goatkraft-angel-slaughter/s-ijJOX
Posted by OccultBlackMetal at 9:05 PM