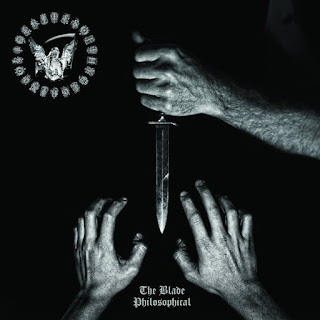 On  this  recording  Rites  Of  Thy  Degrinogolade  expands  on  their  mixture  of  black,  war  and  death  metal  by  adding  in  more  technical,  progressive  and  dissonant  structures,  the  production  sounds  very  professional  while  the  lyrics  cover  death,  occultism  and  philosophical  themes.

http://nuclearwarnowproductions.bandcamp.com/album/the-blade-philosophical
Posted by OccultBlackMetal at 9:30 PM