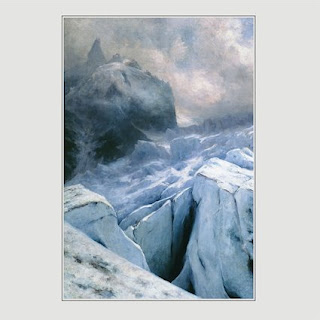 Cantique  Lepreux  creates  another  recording  that  remains  true  to  the  atmospheric  black  metal  style  of  previous  releases,  the  production  sounds  very  professional  while  the  lyrics  are  written  in  French  and  cover  icy  wilderness  themes  along  with  3  songs  being  inspired  by the  writings  of  poet  Rene  Chopin.