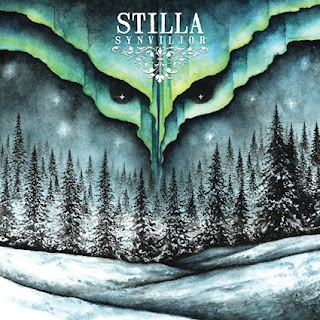 Stilla  creates  another  recording  that  remains  true  to  their  nature  orientated  style  of  black  metal  while  also  utilizing  a  lot  more  raw  aggression  and  brutality  this  time  around,  the  production  sounds  very  professional  while  the  lyrics  are  written  in  Swedish  and  cover  the  outer  limits  of  the  human  sensory  condition  and  challenging  the  boundaries  of  existence.

Posted by OccultBlackMetal at 7:57 PM