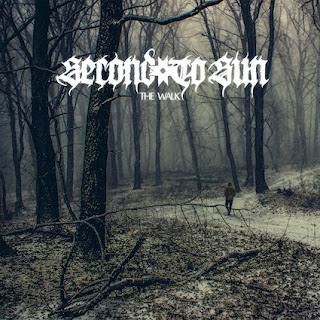 On  this  recording  Second  To  Sun  goes  into  more  of  a  post  black  metal  direction t hat  is  more  raw,  atmospheric  and  aggressive  sounding  than  previous  releases  while  still  having  some  groove  metal  elements  in  the  riffing.  the  production  sounds  very  powerful  for  being  a  self  released  recording  while  the  lyrics  cover  History,  Mythology,  Mysticism  and  Social  Decay  themes.

secondtosun.bandcamp.com/album/the-walk
Posted by OccultBlackMetal at 4:17 PM