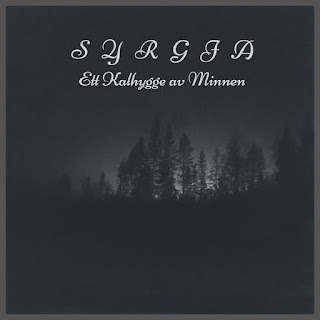 Atmospheric  sounding  synths  start  off  the  album  which  also  mixes  in  with  the  heavier  sections  of  the  songs.  All  of  the  musical  instruments  on  the  recording  also  have  a  very  powerful  sound  to  them  while  the  vocals  are  mostly  depressive  sounding  black  metal  screams  and  the  solos  and  leads  are  also  done  in  a  very  melodic  style.

https://nailednazareneindustries.bandcamp.com/album/ett-kalhygge-av-minnen
Posted by OccultBlackMetal at 3:44 PM