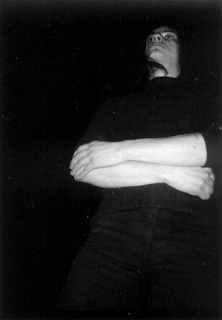 1.For those that have never heard of you before, can you tell us a little bit about the musical project?
MORTH is a one-man Atmospheric Black Metal band now. It was found in 2002 in Bulgaria and on the first demo entitled "Ocean Underground" the style is melodic,
dark metal.

2.So far you have released a demo and a full length, how would you describe the musical sound that is presented on both of the recordings and also how do they
differ from each other?
The demo is just an old recording and the release of it is with the purpose to mark the MORTH's history. The album "Towards the Endless Path" is in fact the first
release of the band with an official status, talking about a musical direction.

3.While the demo was recorded in 2003, there was no new material for 12 years, can you tell us a little bit more about what was going on during that time period?
During that long time MORTH was simply abandoned by me as a band and I had no desire to work on it. I was bussy playing in other bands and projects like
FORGOTTEN FORESTS, EXILE, CALTH, RAGGRADARH, AEONLESS...

4.What are some of the lyrical topics and subjects you explore with your music?
The lyrics in our album are about the nature, legends about battles and warriors, shadows living in the world and the feel of their immortality.

5.What is the meaning and inspiration behind the name 'Morth'?
I chosed the name MORTH because sounds like a combination between Morte (Death) and North. I think it souds dark and epic and at the time I chosed this name,
there wasen't a band named MORTH in the world.

6.With this project you record everything by yourself but have worked with musicians in other bands and projects, do you feel working solo gives you more room to
be creative with your music?
I think working solo gives you the best possible way to release your own ideas and vision to the highest level and the outcome is your own musical expression shown in the most accurate way. But working bad also gives a lot when it comes to different ideas. Either way this is not really important because what's important is the music and the way it sounds, writing a good songs.

7.The new album was released on Acclaim Records, can you tell us a little bit more about this label?
It was released by Acclaim Records and Symbol of Domination productions from Belarus. Acclaim Records is a musical label found in 2004 in Bulgaria. For many years, 2010-2015 the label was not active and now it's back with this brand new release. Currently the label is based in the USA. Fans can visit the label's website: http://AcclaimRecords.com , except for our releases listed, news and webshop, you can find also band pages with information and music samples.

8.On a worldwide level how has the feedback been to your music by fans of black metal?
It's mostly positive. I hope more fans of the Atmospheric Black Metal to discover the music of MORTH.

9.What is going on with some of the other bands or musical projects these days that you are a part of?
Many of them are not active, but some could be in future. This is the good about the underground music and scene. Everything is unpredictable and the music is real. Mainstreem artists have plans, contracts and other things which are turning them into working people and the music they make is deeply affected by the label's policy. That's why I am listening only to underground bands.

10.Where do you see yourself heading into as a musician in the future?
I can't really tell for sure where I could be in near or far future but one thing is for sure - I am going to be on a place that I belong and keep creating the music I like.

11.What are some of the bands or musical styles that have had an influence on your music and also what are you listening to nowadays?
As I said I am listening to underground bands mostly and nowadays I am listening to a lots of Atmopsheric, Ambient, Post-Black Metal... There are so many interesting band and projects out there and people can discover their music, which is great. Many musicians from a mainstreem bands are complaining of not having enough people on shows or that the fans don't listen to metal and things like that. The truth is that many people simply prefer to discover a new band and listen to music they like, instead to go on a show and listen to same songs, some of them becoming boring after listening them 2-3 times.

12.Does Satanism, Occultism or Paganism play any role in your music?
In MORTH nothing of this plays any role really. The music here is more of a soundscape than trying to preach some sort of a teaching or cult.

I think that overall the underground music is on a great level nowadays, keep supporting real music and real bands!