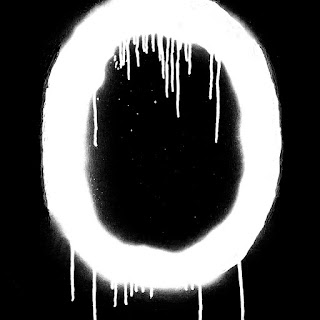 1. For those that have never heard of you before can you tell us a little bit about the musical project?
1. 0 is an experimental black metal one man project. The only instrument used in this project is a four string bass. It's a project which tries to find out how far a bond between a man and a musical instrument can go. After a lot of work on the project it's clear to me that the reason I use only a bass to create sound is that this organ is the only one I am familiar and I feel comfortable with. 0 tries to explore new soundscapes, I am trying to gather all the emotions I absorb from life and make them music.

2. How would you describe the musical sound that is presented on the album?
2. What I am trying to do with my music is to transfer the listener to the place the lyrics and the music describe. I am trying to "build", to create mental places where the listener can exist with the creatures the lyrics speak about, with the situations the lyrics speak about, with me. To be more specific about the sound of the album I think that it creates feelings of survival with and from the destruction and at the same time feelings of an inner pursuit of pure existence

3. What are some of the lyrical topics and subjects the project explores with the music?
3. The lyrics speak about dark creatures acting in situations between life and death. Most of these creatures are filled with hate and lust for destruction. They seek vengeance.

4. Currently there is only 1 member in the band and you only use bass  guitars and vocals are there any plans in the future to add other musical instruments and musicians to the project?
. 0 is and is going to be an one man project that creates sound with the use of a bass and a throat. In the future I may form or take part in other projects-bands but that will have nothing to do with 0.

5.Currently you are unsigned are you looking for a label or received any interest?
5. At the moment I am trying to promote the project the best way I can by myself. I am not pursuing a label contract at the moment. I would be interested in working with a label-team-person who believe in my music and want to promote it the best way they can but except that, I don't think I am interested in a sterile CD/Vinyl distribution.

6. On a worldwide level how has the feedback been to your music by fans of black metal?
6. It's pretty good I guess. It's really hard to know, 0 is an experimental project and the sound it creates is pretty unique. Even I am not sure about the quality of the sound right now. I think time will decide if the act is successful or not.

7. Are there any other musical projects going on these days?
7. No, I am working only on 0 at the moment. I am thinking of creating another act but that's something that I may do after 2-3 or even 4 years from now.

8.What direction do you see your music heading into on future releases?
8. I have nearly completed the second album of the project. I think the second album is using different tools to create the same feelings and soundscapes. By different tools, I mean that I have used more clean than distrorted layers of music. I would describe this album as white-blank noise, as a big pure fire.

9.What are some bands or musical styles that have influenced your music and also what are you listening to nowadays?
9. The main problem of the project was the luck of drums. That's why I had to listen to many different music styles and especially bands that do not use drums to create dark atmosphere. It's hard and I have not found a whole genre of music that can do that. Some bands-projects that have influenced me is Burzum and Haus Arafna. Nowadays I am listening to the last Rotting Christ album, especially "Κατά Τον Δαίμονα Εαυτού" is one of my favorite songs. I have also discovered an experimental black metal act called "Mamaleek", they are great.

11.Outside of music what are some of your interests?
11. I enjoy a lot watching films and reading books but we should not speak about me. The attention must stay on the project.

12.Any final words or thoughts before we wrap up this interview?
12. What I would like to ask the people that are going to get in touch with my music, is to listen to the whole album with the songs in the right sequence. This way they will get in touch with the sounds of the album in a better way, I have not put the songs in a random sequence. Thank you for the interview and for suppoting the act, it is much appreciated.

Posted by OccultBlackMetal at 11:58 AM